A new study released Tuesday by AMCHA Initiative reveals how academic boycotts of Israel pose a serious threat to Jewish students and significantly increase the likelihood of anti-Semitism on campus.

Such acts include assault, harassment, destruction of property and suppression of speech. The research indicated that schools with one or more faculty boycotters were between four and seven times more likely to have acts of anti-Jewish hostility, and the more faculty boycotters on a campus, the greater the likelihood of such anti-Semitic acts. The association was replicated in three separate studies conducted over two different calendar years.

The study (The Impact of Academic Boycotters of Israel on US Campuses) released by AMCHA Initiative investigates why this is happening. It examined the three disciplines that were responsible for sponsoring close to 90% of anti-Israel events – Ethnic, Gender and Middle East Studies. Data reveals that the greater the number of faculty boycotters in a department, the greater the number of outside BDS proponents brought to campus by that department and the greater the instances of students’ anti-Zionist expression and incidents of anti-Jewish hostility.

“Although the statistical association in previous studies between faculty boycotters and aggressive acts toward Jewish students is quite strong, it is not immediately evident why this is so,” wrote the researchers. “For unlike members of anti-Zionist student groups such as Students for Justice in Palestine, whose activities have directly resulted in incidents of anti-Jewish hostility, it is not obvious how the mere presence of faculty boycotters is associated with an increase in campus anti-Semitism. This new research strongly suggests that at least some faculty who have signed petitions or statements in support of an academic boycott of Israel bring their anti-Israel sentiments and support for BDS to campus through their department’s sponsorship of pro-BDS events and those events increase the likelihood of resulting anti-Jewish hostility on campus.”

AMCHA’s researchers point out that the study’s findings demonstrate that “promoting an academic boycott of Israel is unlike any other social justice cause that a faculty member may choose to pursue. This is because by its very nature an academic boycott, if carried out, harms not only its intended target – in this case the academic institutions and scholars of Israel – it also directly and substantially harms students and faculty on U.S. campuses, violating their academic freedom. However, this study indicates that even advocating for a boycott of Israel as part of a department’s sponsorship of BDS-supporting speaker-events is significantly associated with acts that target Jewish students for harm, including assault, harassment, destruction of property, and suppression of speech.”

The researchers explain that they “are not suggesting that anti-Israel events or BDS speakers should be prohibited. Academic freedom makes them permissible. Indeed, we believe discourse, debate and dissent on the Middle East, the Israeli-Palestinian conflict and other issues certainly belong on the college campus.” However, they “are concerned about the increasing trend for some academic disciplines or sub-disciplines – and consequently some entire college and university departments or programs – to become politically corrupted, controlled by, and dedicated to anti-Zionist and anti-Israel beliefs. That trend has a corrosive impact on students and faculty and on the character of the education a campus can provide.” They hope these findings “will raise awareness about the harms that may result from the on-campus promotion or possible implementation of an academic boycott by individual faculty members and academic units, and that it will, in the very least, spark a conversation in academic senates and administrative offices about those harms and how to address them.” 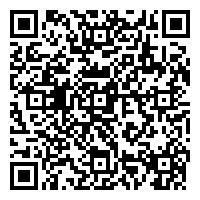