JERUSALEM – Despite the absence of an attack on Iranian military and nuclear facilities, Israel and the U.S. are engaged in a covert cyberwar campaign against a growing list of Iranian targets. The dual objective is to hamper the Iranian regime’s ability to build an atomic bomb while pressuring them to bow to Western and UN demands to downgrade their enrichment capabilities to less than 10 percent.

For the first time, the White House and the IDF acknowledged that America and Israel have launched independent cyber attacks on enemy nations engaged in creating rogue conventional and unconventional warfare programs. The Obama administration implied last week that a special cyberwarfare unit inside the Pentagon and CIA was responsible for launching the debilitating Stuxnet cyber bomb against Iranian computers, which controlled the centrifuges used in the uranium-making process.


Though Israel has not acknowledged that its expanding IDF cyberwarfare unit was responsible for the sophisticated Flame virus, which invaded computers inside the Iranian defense establishment in order to extract top-secret military information, the IDF said on its website: “The IDF has been engaged in cyber activity in a consistent and relentless manner, thwarting and disrupting enemy projects” that have targeted the IDF and the Israeli government. A high-ranking CIA official told the London Daily Telegraph that the cyberwar campaigns were “a preferable alternative to air strikes.”

Israel’s prowess as a cyberwarfare innovator prompted Eugene Kaspersky, the CEO of Russian-based Kaspersky Labs, which discovered the existence of the Flame virus, to partake in the Second International Conference on Cyber-Security at Tel Aviv University this week.

“The very existence of our conference, and participants such as Kaspersky, is proof that Israel is perceived as a global cyber power,” said Professor Yitzchak Ben-Israel, head of The Yuval Ne’eman Science, Technology & Security Workshop at Tel Aviv University.

Israel’s cyberwarfare command has scored several other successes, including shutting off Syrian antiaircraft radar stations minutes before an Israeli Air Force attack obliterated a suspected Syrian nuclear facility several years ago. An offshoot of the various IDF cyberwarfare programs is the Israeli Air Forces’ Unmanned Aerial Vehicle Squadrons, which can jam communications and launch missiles deep inside enemy territory – including Iran. Another derivative is the Israeli navy’s mushrooming submarine program, which has the capacity to launch computer-guided cruise missiles, including nuclear-tipped ones, against targets across the Middle East.

To date the Israeli navy has ordered three of these advanced submarines, one already completed and undergoing rigorous sea trials in European waters. Once added to Israel’s current submarine fleet, which has three earlier model Dolphin subs, the Israeli navy will possess a second-strike capability should Iran or another adversary decide to launch massive attacks against Israeli civilian and military targets. 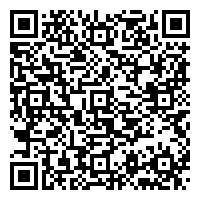