The following are selected data from Israel’s central Bureau of Statistics for the eve of Rosh Hashanah 5778, 2017:

On the eve of Rosh Hashanah 5778, the population of Israel is estimated at 8.743 million.

Since last Rosh Hashanah, Israel’s population has grown by 156,000 people. The rate of population growth in 5777 was 1.8%, similar to the recent years.

About 27,000 people were added to the population in the migration balance, of whom 25,000 were new immigrants. 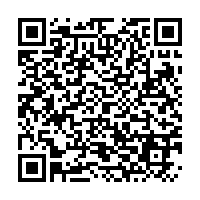