Israel is ramping up its production of natural gas with a goal of doubling production to some 40 billion cubic meters (bcm) in the next few years, according to a report by Ynet.

In addition, the Jewish State is hoping to reach an agreement with Europe to provide the continent with natural gas to replace the energy supplied by Russia up to this point.


Israel already exports natural gas to Jordan and Egypt, via a network of local pipelines.

Natural gas from Israel will not be made available to Europe until at least 2024, however, according to Energy Ministry director-general Lior Schillat.

The Karish gas field owned by London-based Energean, is located about 90 kilometers off the coast of Israel and due to come on line later this year, and several more gas fields were recently discovered by the company nearby as well.

Israel has already been in contact with leaders of the European Union to discuss future supplies.

Israeli officials told the French Association of Defense Journalists last month the Jewish State could possibly route gas pipelines through Greece or Turkey to deliver the resource to Europe, according to Euractiv.

Another option might be to increase the amount of gas piped to Egypt, where it could be liquified and then sent on to the EU.

European Commission President Ursula von der Leyen said in a statement that the EU hopes to phase out its dependency on Russian fossil fuels by 2027. 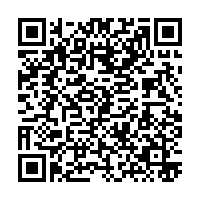