Shas chairman and Minister of Economy Aryeh Deri sparked a political fire on Friday by ordering a halt to work on Shabbat on the high-speed Jerusalem-Tel Aviv train line.

The route is supposed to start operating by 2018.


Halting work on Shabbat would mean a delay of approximately 120 days, but Israel Railways charged that Deri’s order will delay the project by up to two years.

Apparently, people who work on Shabbat work at a far faster pace than they do on weekdays.

Work on public facilities and in industries on Shabbat in Israel is allowed if there is a special labor permit, which is issued in areas of public need, such as the water and electric companies and at factories where on-going processes cannot function practically with a weekly shutdown and start-up.

Deri’s order seems to be a ploy for political points with his Hareidi constituency.

The Transportation Ministry said that work permits are issued by the Minister of Economy, but Deri maintained that each minister is responsible for issuing permits for projects under its jurisdiction.

Since no permit for working on Shabbat has been granted for work on the Tel Aviv-Jerusalem train line, it is illegal for construction to continue on the Day of Rest, according to Deri.

It is very likely that the proper permits eventually will be issued, allowing the work to continue while Deri carries home points with his constituents. 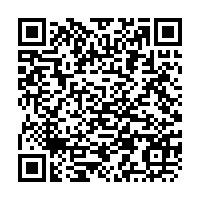