Thousands of Muslims rioted at several locations in Jerusalem, a continued expression of religious violence during the Muslim month of Ramadan that the capital has been experiencing in recent days.

At Sha’ar Shechem, the Damascus Gate, at the entrance to the Old City, hundreds of Muslims rioted after concluding the evening prayers. The police responded with crowd control means.

Sha’ar Shechem has been the scene of nightly riots that included anti-Semitic attacks on Jewish individuals.

Two Muslims were arrested in the Jaffa Gate area after attacking two police detectives. The detectives were disguised as ultra-Orthodox Jews due to the many attacks carried out by Muslims on ultra-Orthodox-looking Jews in the past week. The two suspects were taken in for questioning.

On Shevtei Israel Street, a suspect threw a glass bottle at two people who were at the light train station, and a police unit nearby arrested the terrorist. There were no casualties in the attack.

In another incident, on Derach Hebron Street, a man in his 60s was attacked by a number of suspects who fled the scene in a vehicle and were located and stopped at the Tunnel Crossing. The two suspects were arrested.

The police arrested a total of 12 suspects for riots, violent incidents, and assaulting police officers.

However, in an apparent victory for the Muslim rioters, Police Commissioner Yaakov Shabtai instructed to remove the fences that were placed at Sha’ar Shechem and which are now being blamed as the cause of the violence at Damascus Gate in recent days. The fences were placed by the police at the beginning of the Month of Ramadan and were removed Sunday night by the rioters, without the police’s intervention. The rioters celebrated their victory.

Member of Knesset Itamar Ben Gvir accused the government of “surrendering to the rioters.”

“The decision of the Commissioner of Police to allow the rioters a victory in removing the fences is a shameful retreat and a serious violation of Israeli sovereignty. Every lawbreaker now knows that the State of Israel will bow down and surrender if he carried out acts of lynching on Jews. The Israeli government and the Jerusalem police surrendered to violence tonight and folded – this folding will cost us a lot of blood,” he warned.

MK Bezalel Smotrich stated that “too often the State of Israel communicates weakness, succumbs to terrorism and violence and suffers twice. Whoever flees from terrorism, terrorism pursues him. These are the rules of the game in the Middle East.”

“The Arab riots in Jerusalem must be cut down and the law must be exhausted with the utmost severity with the perpetrators and not succumb to their demands, thus eroding Israeli deterrence and conveying a message of weakness to our surrounding enemies,” he demanded. 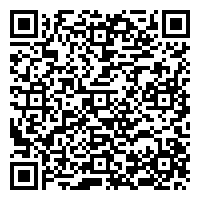