The Joint Arab List has announced it plans to petition the European Broadcasting Union to cancel the Eurovision Song Contest, scheduled to take place in Jerusalem next May following Netta Barzilai’s win for Israel in this year’s event in Portugal.


MK Yousef Jabareen, the head of the Joint Arab List’s international relations committee, who is behind the initiative, said he has yet to make a formal request, but intends to do so in the near future.

“The Netanyahu government is spitting in the face of the world and the international community, both regarding the annexation of Jerusalem and its ongoing denial of the rights of the Palestinian people, and therefore it should not be awarded with a prize in the form of the Eurovision in Jerusalem,” Jabareen told Tazpit Press Service.

The request comes against the backdrop of the cancellation of a friendly match between the Argentinian and Israeli national soccer teams, which had been scheduled to take place at Teddy Stadium in Jerusalem on Saturday.

“The cancellation … is prompted by the same reasons, I raised in my letter to the Argentinian ambassador in Israel. The arguments are even more valid when it comes to a major international event in Jerusalem, such as the Eurovision,” Jabareen said.

In a letter to Argentinian Ambassador Faustino Garcia, Jabareen wrote: “While Israel has long sought international recognition and acceptance of Jerusalem as its capital, the recognition should not be forthcoming. Jerusalem was acquired in violation of international law as laid out in numerous United Nations General Assembly and Security Council resolutions.” 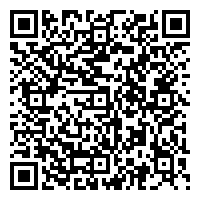