In early June, Liberman posted a photo of MK Zoabi on his Twitter account with the headline “Kicking Zoabi out of the Knesset.”


The tweet read: “The terrorist Haneen Zoabi is in the Knesset and promoting terrorism against IDF soldiers and citizens of the State of Israel just because members of Knesset from the Zionist Union, Yesh Atid and the Haredi parties are refusing to back a proposal by MK Oded Forer to oust her by law.”

In its Wednesday ruling, the Ethics Committee noted that in her complaint, MK Zoabi said Minister Liberman used the term “terrorist” for the purpose of “political wrangling” and that its use constitutes incitement against Arab Knesset members in general and against her in particular.

The committee further said that while it “attaches great importance to the freedom of expression of Knesset members and ministers, and every now and then rejects complaints against harsh and hurtful political remarks, the use of the term ‘terrorist,’ when it is directed at a specific elected official, constitutes a breach of ethics, particularly when it is used by a government minister.”

“During the current Knesset, the Ethics Committee has repeatedly clarified that such comments, which are directed personally at members of the Knesset, have no place in the legitimate public discourse, and that such remarks constitute a breach of the rules of ethics,” the committee stated.

“Considering the fact that Minister Liberman did not retract the comment mentioned in the complaint, the Ethics Committee has decided, in accordance with Article 13d of the Knesset Members’ Immunity, Rights and Duties Law, 1951, to issue a reprimand to Minister Liberman,” the committee said. 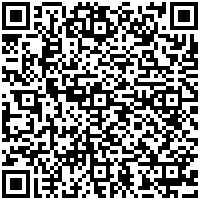