A nine-justice panel of the High Court of Justice will decide on Sunday if The Otzma Yehudit Knesset slate will be banned from running in the September 17 elections.

Regarding the slate’s chairman, Itamar Ben-Gvir, the petitioner’s lawyer said: “The court ruled that his statements were approaching a dangerous proximity to the prohibited line, but had not been voiced recently. We are only talking about new evidence from the last two years. The Attorney General also said that these statements brought us closer to the forbidden line. Ben-Gvir tries to wrap his racist ideology in a democratic package. He says that an Arab is by definition unfaithful, and that he a potential enemy that must be dealt with. He also repeatedly declares his adherence to Rabbi Kahane’s teachings. It’s an attempt at camouflage, his remarks show serious racist attitudes and he should be disqualified.”

Attorney Ben-Gvir responded to the allegations against him, saying: “Disqualifying candidates and slates touches the core of the democratic enterprise, it means taking away freedom of expression. The appellants filed their appeal as a last-minute tactic, after they had worked on it for two months, and we were only given two days. They cited a post by Baruch Marzel, and said he was referring to all the Arabs, but they cut out the picture he attached which shows Arabs with PLO flags. That’s the essence of this whole discussion. ”

Ben-Gvir read quotes proving that he was not racist: “There are a lot of Arabs loyal to the state, the one who is loyal to the state – I’m with him. There are more than a few good Arabs who are loyal to the state. Is this close to the black line? I’m not talking about all the Arabs, only the ones who spills our blood. Shouldn’t we be allowed to think this way? Should we disqualify anyone who doesn’t tote the line?”

Ben-Gvir also referred to the fact that in the request to disqualify the Otzma Yehudit slate, the Reform petitioners also sought to disqualify Dr. Adva Biton, the party’s candidate for the Knesset, whose daughter, Adelle, was murdered in a stone-throwing attack in Samaria in 2013. Ben-Gvir referred to a quote by Dr. Biton, which was also edited by the Reform plaintiffs, and said, “Anyone who distorts the words of a bereaved mother not only performs an unscrupulous act, but also commits an obstruction of justice.”

Attorney Ari Shamai, who represents the Lehava group’s chairman Ben-Zion Gopstein, asserted on his behalf that his activities are focused on resistance to assimilation: “It is difficult to disconnect Mr. Gopstein’s remarks and Jewish heritage – from the Bible’s legacy, the Law of Return’s legacy, and from [Jewish Revisionist Zionist leader Ze’ev] Jabotinsky’s legacy. Mr. Gopstein’s legacy is the prevention of assimilation. What motivates Mr. Gopstein is not the hatred of Arabs, it is not the hatred of gentiles, but the prevention of assimilation.”

Shmai also noted the bulk of the evidence against his client is not direct evidentiary material, but quotes from newspaper clippings.

Gopstein himself did not attend the hearing because he believes the game was fixed and the court would not discuss his case with unbiased eyes.

Attorney Itamar Ben-Gvir also represented the Otzma Yehudit slate and candidate Baruch Marzel, and said that since if the high court had already approved Haneen Zoabi’s candidacy, there is no reason why it should not approve of Marzel’s. 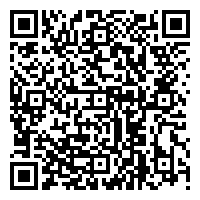