Among those who addressed the Knesset was Mansour Abbas, leader of the Islamist Ra’am party which has just been voted into office with the rest of the new coalition.

Abbas chose to deliver the lion’s share of his remarks in Arabic, leaving only 60 seconds in which to speak in Hebrew.


Abbas rejected claims by various Knesset members that the new coalition was about to “sell out” the Negev by formally recognizing Bedouin villages that are not yet legalized. “No one sold out the Negev,” he said. “It remains a part of the State of Israel and its inhabitants are Israeli citizens. Our vision is to live in peace, equality and cooperation… We belong to different religions and communities but there is something that connects all Israelis; it is our citizenship.”

That reassurance, however, was quickly neutralized when Israeli journalists who understand Arabic began to translate Abbas’s remarks to his fellow Arabs.

Abbas promised — in Arabic only — that his Ra’am party will work to “return the lands which were appropriated from our people, a national act of the highest order,” in western Israel — territory which is undisputed, Ynet reported.

So it’s not quite clear just which constituents Abbas is planning to serve.

What is clear, however, are the gains he earned for his constituents:

Abbas also underlined that Ra’am should be the party to handle violence among Israel’s Arab citizens. “Violence and organized crime pose grave danger to our lives,” he said. “The highest value we believe in is the value of human life. How can we claim to be patriots even as we fail to protect our nation’s children?” 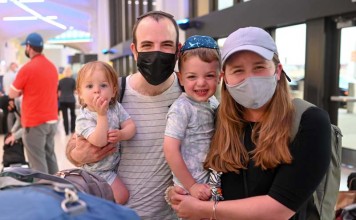