On Friday, hundreds of Muslim extremists, screaming “Allahu Ahkbar,” breached the closed off area of the Temple Mount at Sha’ar HaRachamim (also known as the Gate of Mercy or the Golden Gate).

READ MORE: The Golden Gate: A New Focus of Tension on the Temple Mount

Once within the compound, the screams changed to “with spirit and blood we will redeem Al-Aqsa,” some waving Palestinian Authority flags.

The Islamic Waqf Council announced that they will begin construction work in the compound in order to make their occupation of the site permanent. The Waqf plans, according to a report in the Ma’an News Agency, to renovate and reopen it as a place of prayer for Muslims as well as Waqf offices.

Police did not stop the breach in fear of Muslim violence.

That section of the Temple Mount was closed down in 2003, when it was discovered it was being used by the Hamas terror organization.

The original Gates of Mercy were build by either the Prophet Nehemiah, around 440 BCE, or in King Herod’s time. Jews have a tradition which states that the Mashiach will enter through those gates, which is why it is believed that Ottoman King Suleiman had the original gates sealed and planted a Muslim cemetery at the entrance. 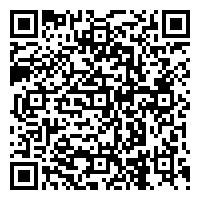