More than ten million shekels ($3,2 million) have been raised so far in a fundraising campaign held in Israeli Arab villages of Israel for the construction of concrete houses for Syrian refugees in northern Syria and on the Syrian-Jordanian border. The big fundraising campaign began a week ago and is taking place in the Arab villages in the Galilee, the area known as the Arab Triangle in northern Israel, in the Negev and in the Arab neighborhoods of Jerusalem.

In Jerusalem, the donations were collected with the encouragement of clerics, who called on the residents to go out and donate out of a “moral and religious obligation to the Syrian refugees.” The donations were collected in mosques that were open all night and in the Arab villages in Israel the youths of the Southern Islamic Movement went from house to house and set up stalls in the schools to encourage the residents to donate.


The organizers of the operation were surprised by the mobilization and the large amounts of money that it raised.

In the village of Tzur Baher, south of Jerusalem, more than NIS 1 million was collected in one day alone. One man came to a mosque in the village wearing a mask and asked to “remain anonymous” for his own reasons. He donated 28,000 shekels.

Donations were also collected in Wadi Jouz, Issawiya and the Old City, as well as in the Shu’fat refugee camp, where NIS 1.2 million was collected. A number of the residents soon went to Jordan to purchase building materials and equipment for building the houses.

Women in the village of Tamra in the Galilee donated household utensils and gold jewelry. The donations raised in the village reached NIS 2 million within just five days.

The funds will soon be transferred to non-profit organizations in Turkey and Syria and will be used for the construction of concrete structures in the temporary refugee camps on the Syrian-Jordanian border.

The Southern Islamic Movement in Israel is leading the donation campaign. The “48 Aid Association” affiliated with the southern movement raised a total of NIS 6 million in just 10 hours. This amount will be used to build 1,200 concrete structures in the refugee camps in northern Syria and some of the donations will also go to residents in the Gaza Strip.

Local television and radio stations joined a 10-hour live broadcast campaign to encourage donations, led by the director general of the Aid Association, Razi Issa, whose name was linked to a meeting with a senior Hamas figure in Gaza.

Sheikh Safut Farij, the incoming chairman of the movement, said, “We are responding to the plight of mothers, children and the elderly, providing them with means of heating, food, clothing and shelter and alleviating the tragedy on very cold days. Many charities are conducting relief campaigns for our brothers in Syria.”

In recent months, the 48 Aid Association in Adlib in northern Syria has built a village called “Orange Jaffa” (for Jaffa Oranges), with 600 concrete structures paid for from donations and with the help of organizations from northern Syria and Turkey. It is now expected that the village will be expanded and hundreds more homes will be built there.

The construction of the houses is taking place in cooperation with the Malham organization, which was established by Syrian students and operates branches in Turkey, Germany, Jordan and Canada under the slogan “until the last tent.”

Donations from Kfar Tamra will also be transferred to this organization soon.

The cost of each concrete building, which covers an area of 40 square meters and has two rooms, a kitchen, water and electricity infrastructure and a concrete floor, is NIS 5,000. The association intends to build a total of 1,500 such units.

The Southern Islamic Movement resents that some of the Arab media did not cover the donation operation due to the political boycott of the movement due to its participation in the coalition in Israel. 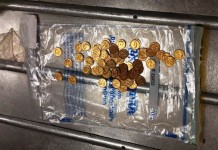