For the first time, Makan TV, the Arabic channel of Kan 11 News, conducted an in-depth poll on the results of the upcoming elections, which it published on Sunday. Similar to the polls conducted by the Israeli media that focus on the Jewish public, Makan TV focused on the answers of voters from the Arab community, and the poll included 200 Arab citizens.

The poll was conducted in cooperation with the StatNet Research Institute, close to 70 days before the general elections, the fifth in Israel in less than four years. It revealed dramatic scenarios that may change the political map.

For one thing, Likud gets a seat from the Arab community.

According to the poll, only 39.1% of Arab voters are planning to hit the ballot boxes, which is a low percentage compared to the voting rates among Arab citizens in recent years, which in the 2015 election reached as high as 60%, resulting in the largest Arab faction in the Knesset – the Joint Arab List with 13 mandates.

According to Sunday’s poll, those 39.1% of the Arab voters will give the Joint Arab List 4.9 seats, Ra’am 4.1, and––surprise, surprise––Likud 1.4 seats. Likud gets almost a solid seat and a half while all the other non-Arab parties collectively win one seat from the Arab community.

Examining what the results might be in the event that the Balad party decides to split from the Joint Arab List and enter the elections independently, the poll shows that this may cost the Arab parties dearly, and the Knesset could end up for the first time without two of its three Arab parties. The poll indicated that Hadash (Arab communists led by Ayman Odeh) gets 4 seats, Ra’am 3.9, Balad 1.5, the Likud 1.1, and the rest of the parties get 0.8 mandates.

This is the first in a series of polls that will be conducted by Makan TV between now and the November 1 elections. As things stand today, it is evident from this poll’s results that about 60% of Arab respondents do not intend to vote in the upcoming elections.

Arab journalist Samah Salimah wrote on the left-wing website Local Call in early July: “Before the multitudes of commentators on the mainstream channels begin to draw the future mandates map for you and come to the inevitable conclusion that this time too, the number of Arab MKs may tip the scales, I want to admit guilt on behalf of my people.

“So, on the opening, a massive apology. If Netanyahu returns to power, it will be because of the Arab public, who didn’t understand, didn’t internalize, didn’t behave accordingly, and didn’t ride in busloads to the polling stations. And if by chance the ‘king’ does not return, it will be thanks to the honest and true mobilization of the center-left and despite our (Arabs’) low voter turnout.

“If you lose it will be because of us, if you win it will be despite us. And for that I apologize,” Salimah concluded.

Hanin Majadla, an Arab pundit for Haaretz, put it even more bluntly on Sunday: “The feeling of civilian orphanhood is shared by the majority of Arab citizens in the country. An orphanhood which means simply: this country is not yours, it was not created for you, it is not supposed to take care of you, and even if it does – it will only do so after taking care of the Jews.”

Israeli Jews are extremely lucky in this context. Had Arab voters hit the polls with their full potential power, we could end up with a Knesset made up of between 23 and 25 Arab MKs, and a permanent left-wing government. Many Israelis are aware that their country owes a huge debt of gratitude to the Almighty for surrounding it with Arab enemies and not, say, Norwegians. Likewise, Israelis should thank the Lord for placing Arabs inside Eretz Israel and not, well, again, Norwegians. 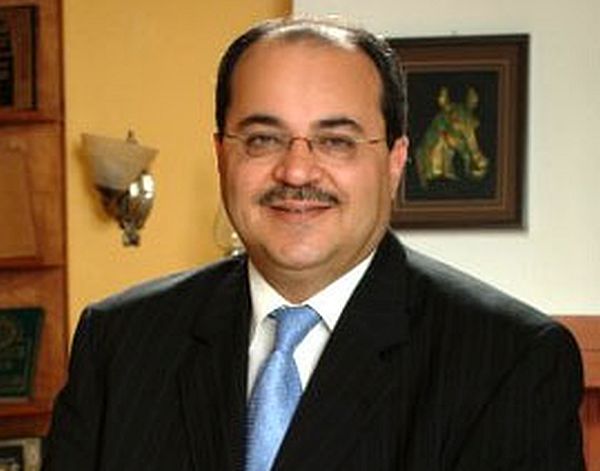 Joint Arab List MK Thanks Netanyahu for Getting Out Arab Vote