MK Zouheir Bahloul (Zionist Union) on Saturday announced his resignation from the Knesset. Speaking on Kan, Israel’s Public Broadcasting Corporation, Bahloul explained that he had reached his decision following the approval of the Nationality Law.

Basic Law: Israel as the Nation-State of the Jewish People, informally known as the Nationality Law, is a Basic Law which specifies the nature of the State of Israel as the nation-state of the Jewish People. The Law was adopted this month by the Knesset with a 62 to 55 majority, with two abstentions. Despite the fact that it is largely symbolic and declarative, the new law has been met with worldwide condemnation, including from Jews in the diaspora, for mainly two items: encouraging Jewish immigration to Israel, and encouraging Jewish settlement everywhere in the Land of Israel.

Bahloul, a Muslim Arab, began his career as a sports broadcaster and is the co-author of the Israeli Soccer Encyclopedia.

“At the end of the break (September), my resignation will become official, and I promise you, I will not come back to the Knesset,” he told the interviewer Rina Matzliach. “The Nationality Law transfers the Arab population through a Basic Law outside the path of equality in the State of Israel,” he argued.

Bahloul will presumably be replaced by Robert Tiviaev, a Russian Jewish oleh who joined Labor as member of Tzipi Livni’s movement in 2015. He holds a master’s degree in electrical engineering and works for the Israel Electric Corporation.

Bahloul claimed he could not “sit on the fence” and watch what was going on. “I will have to give answers to my grandson who will ask me if I was in the Knesset when the law passed,” he said. “Now I can tell him that I was not, that I resigned in protest of the toughest laws, which should have brought the Israeli public out to the streets.”

Bahloul accused the State of Israel of moving closer to an apartheid system, although it is difficult to understand what actual change the new law has enacted, other than anchoring a long list of laws and decrees in a Basic Law. Apparently, the Law of Return, which gives preference to Jews over others in becoming Israel citizens, was not considered an apartheid legislation as long as it had not acquired a constitutional status.

Likewise, government efforts for more than two decades to “Judaize” the Galilee and the Negev, which are overwhelmed by a growing Arab majority, were not an apartheid policy as long as they did not become part of the constitution. 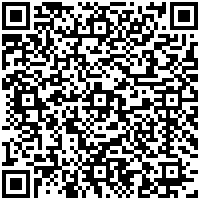