During Wednesday’s meeting of the Internal Affairs and Environment Committee on the clauses in the government’s Arrangements Bill that deal with renewable energy, Ministry of Energy Director-General Udi Adiri argued that there was an urgent need to amend the existing legislation.

“We are mandated to reach 30% of the country’s consumption from renewable energy in nine years,” he said, adding, “This is a significant challenge, and the onus is on us, as a ministry, to get Israel to that point.”


However, he noted, “This requires cooperation between the government ministries and local government. If we want to reach 30% renewable energy, we have to practically double the size of the electricity sector, because the sun works only half the day. These are major investments. The Israel Electric Corporation does not deal with this.”

In October 2020, Israel’s government approved a proposal by then-Energy Minister Yuval Steinitz that aimed to produce 30% of the country’s electricity from renewable sources by the year 2030, with an emphasis on solar energy.

Adiri said, “In a small country in which the resource of land is valuable, we must utilize every structure, every body of water and landfill, agricultural areas and open areas. To achieve this goal, 42,000 to 45,00 acres are needed. This is also an economic and regulatory challenge, of planning and construction.”

He called to compel new schools to install solar panels, and to expand the national infrastructure “with minimal bureaucracy and payments.”

“At the end of 2021, we will reach an output of 4,000 megawatts of renewable energy. That constitutes 10 percent of our electricity consumption, and it means 9,900 acres, less than half of which are in open areas. To reach 30% we will need 45,000 acres. Therefore, we aspire to make dual use of roofs, parking lots, landfills, intersections, and reservoirs. We will need at least 10,000-12,500 more acres of open areas, almost exclusively agricultural. So far, we have been approved for 5,000 acres.”

MK Alon Tal (Blue&White) said, “There are proposals to import solar electricity from Jordan in amounts that can provide for a third of the open areas discussed.”

Adiri replied: “The ministry is advancing regional cooperation to alleviate the shortage. We must move forward with dual usage and also purchase green electricity from our neighbors.”

The committee’s legal advisor, attorney Tomer Rosner, explained that the bill in question proposes, among other things, to change the definition of “national infrastructure” so that it would be possible to submit to the National Infrastructure Committee plans dealing with the construction of an energy storage facility and a facility for turning renewable energy into electricity.

Eitan Parnass, CEO of the Green Energy Association of Israel, told the committee: “There are two realities. There’s what’s being presented here in the Knesset, and the reality of what’s happening on the ground, in which the Government is not advancing a transition to green energy.”

Committee Chair MK Waleed Taha (Ra’am) said amendments to the bill must be submitted by Sunday at 10 AM, when the committee will convene to continue its deliberations. 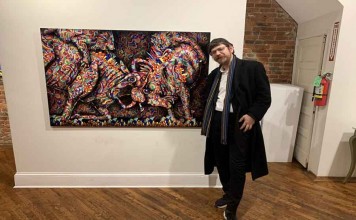 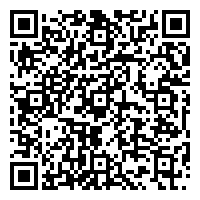