According to Ynet, Commissioner Yaakov Shabtai recently asked the Attorney General to open an investigation against the three MKs, and after examining the materials presented by the police, it was decided they violated the law and will likely be summoned for questioning after the holiday.

The JewishPress.com reported on May 15 that MK Cassif was documented hitting a policeman with his car and then smashing him on the head after the officer blocked his way to a demonstration against the evacuation of illegal Arab structures in the area of the village of Yatta in the Hebron Hills.

Cassif took advantage of his immunity and entered with his vehicle into an area declared a closed military zone.

The day before, MK Tibi attacked police in eastern Jerusalem and helped a detainee escape. The suspect was apprehended and arrested for questioning by the police shortly thereafter.

Joint Arab List Chairman MK Ayman Odeh on April 10 released a video he shot at the Damascus Gate Plaza in which he attacked the State of Israel and appealed to all new police recruits from the Arab sector and their families to lay down their arms because they were harming Arab society.

“Young Palestinians with Israeli citizenship have told me that they are being harmed and humiliated,” Odeh said in his video, adding that “it’s depressing that one of our sons should join the security forces of the occupation. The forces that are here humiliate our people, humiliate our families, and humiliate everyone who comes to pray.”
“Our position is that we will be with our people to end the murderous occupation, so that Palestine will be established, that Palestinian flags will be hoisted on the walls of Jerusalem, and that peace will spread to the land of peace,” MK Odeh said.

Minister of Public Security Omer Barlev stated that Cassif “crossed every border and behaved in a disgraceful manner when he hit a policeman on the head. It is intolerable that MKs repeatedly exploit their immunity to make political capital on the backs of Israeli police officers, and use physical violence against them. If they have a claim – they should turn to me, and not harass the policemen performing their tasks with dedication and in complex conditions.”

Prime Minister Naftali Bennett said he “strongly condemns and views with utmost gravity the severe behavior that encourages violence of MKs Ahmad Tibi and Ofer Cassif who cowardly hide behind their immunity, disturb police officers in their work and assault them without shame. Immunity is intended to serve the state, not attack it.”

(B) A person who incited or persuaded a person serving in the armed forces to defect from his service or military action, or assisted him in desertion, shall be liable to imprisonment for seven years; for this purpose, “serving in an armed force” includes those who serve after volunteering for the Israel Defense Forces in accordance with the provisions of section 17 of the Security Service Law.
(D) A person who has committed an offense under this section during a period in which military hostilities are being carried out by or against Israel, shall be liable to imprisonment for fifteen years.
104. These are the armed forces for the purposes of this clause:
(1) Israel Defense Forces;
(2) the Israel Police;
(3) Other armed forces operating against the enemy in cooperation with the Israel Defense Forces.

Im Tirtzu Chairman Matan Peleg said in a statement: “Bennett’s coalition is completely falling apart after working together with an anti-Zionist such as the instigator Ayman Odeh. Bennett is silent, and Yair Lapid continues with all his strength to attempt to stitch together the coalition with help from this incendiary. Not only does Odeh not regret his remarks, but he also continues to incite the Arab population against our security forces. In addition, he also incites the Arab population against those from the Arab population who choose to take part in contributing to this country. Until blood gets spilled, he will not calm down! The legal advisor in the Knesset must open a case against him. Lapid and Bennet, stop working with this terror supporter who threatens police.” 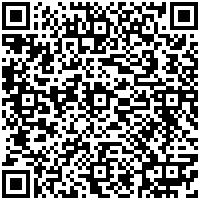