Deputy Minister of Economy and Industry and former IDF Deputy Chief of Staff, MK Yair Golan on Wednesday announced he will be challenging Meretz Chairman and Health Minister Nitzan Horowitz in the party’s upcoming primaries. Golan tweeted: “I will compete with the goal of fighting the corrupt right and the Messianic right who strive with all their might to change the face of our beloved country.”

Golan first captured the attention of many Israelis who hadn’t heard his name before, when, as deputy chief of staff, he had some devastating things to say about the changing face of his beloved country. In his now-infamous, 2016 Holocaust Day speech, Golan articulated: “If there is one thing that is scary in remembering the Holocaust, it is noticing horrific processes which developed in Europe – particularly in Germany – 70, 80, and 90 years ago, and finding remnants of that here (in Israel – DI) among us in the year 2016.”


He was referring to Israeli soldiers who occasionally treat the Arabs in Judea and Samaria harshly, focusing on the saga of IDF medic Elor Azaria who shot a terrorist who had already been neutralized.

Golan’s comparison between Nazis and Israelis caused outrage, and many Israelis suggested it was he, Golan, who forgot the lessons of the Holocaust. Prime Minister Netanyahu said Golan’s comments “do injustice to Israeli society and cheapen the value of the Holocaust.”

Minister of Regional Cooperation Issawi Frej of Meretz who on Tuesday announced his retirement from politics, did not support Horowitz or Golan. Instead, he called on the party’s former chairwoman, Zehava Gal-On. Frej told Reshet Bet radio about Golan on Wednesday: “If you ask me, Yair Golan is a hardworking, good guy, but he does not have the Meretz DNA. I call on Zehava Gal-On, she is the only one who can unite the ranks in Meretz, she is the only one who can keep Meretz alive and kicking.”

Golan insists that he is the leader Meretz needs to overcome the threat of disappearing below the 3.25% vote threshold most polls predict would be its fate in November. “These are not ordinary elections,” Golan said. “These are elections that will determine whether Israel will continue to be a Jewish and democratic state. These are elections that will decide between Ben-Gurion’s way and Ben-Gvir’s way. Between progress and darkness, between growth and destruction.”

In December 2021, Golan said about settlers who had been accused of carrying out acts of violence in an Arab village: “These are not people, these are sub-humans, despicable people, the corruption of the Jewish people.”

It appears that it’s Golan who’s borrowing a page from the playbook of Germany 70, 80, and 90 years ago. 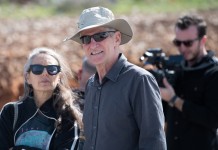 Yair Golan: Calling You ‘Leftist’ Is Like Using the N Word 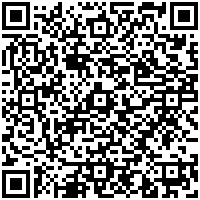