Sous-vide, French for “under vacuum,” is a method of cooking in which food is placed in a vacuum-sealed plastic pouch, then dipped in a water bath or in a temperature-controlled steam environment.

Iftach Gazit, a student at the Bezalel Academy of Arts and Design, has designed, as part of his as part of Gazit’s Industrial Design course, food bags that can be added to the laundry cycle to cook dinner while waiting for your clothes to get clean.

Gazit’s Sous La Vie bags have gotten the attention of several art news outlets, who admired the student’s out of the box thinking. The Sous-vide method calls for longer than normal cooking times (from 1 to 7 hours, in some cases up to 48) at an accurately regulated temperature which is much lower than normally used for cooking – typically 131 to 140 °F – for meat, higher for vegetables.

“Instead of following a sous-vide recipe and cooking a piece of meat at 136 °F for two and a half hours, just set your washing machine to ‘synthetics’ for a long duration program,” Gazit told de zeen. “Cooking vegetables? Set your machine to ‘cotton’ for a short duration program.”

Gazit’s food bags are made from waterproof Tyvek paper, keeping the soap outside, with an inner, sealed, plastic bag that stops the food from leaking into your pants.

Gazit acknowledges the humor in his invention, which may be a clever comment on life hacking, but he also stresses that his innovative product also targets less funny social issues, such as homelessness. He suggests that “the Sous La Vie laundry-dinner serves as a reminder of lost homes and dreams. The laundry dinner is not intended solely for the homeless, but much rather for us all: a product that reflects on our taste, our economic ability and our culture.” 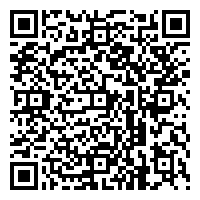