The Supreme Court of the Kabardino-Balkar autonomous republic in North Caucasia, Russia, this week sentenced a local resident to six years in prison for participating in the kidnapping of a young Israeli woman 17 years ago, RIA Novosti reported.

According to police investigators, in July 1999 three men, one of whom was familiar with the victim, kidnapped for ransom an Israeli citizen named Laura Lichtman, who lived in Nalchik, the capital city of the Kabardino-Balkar Republic.

The kidnappers demanded $1 million in ransom.

The young woman was released by the Russian Ministry of Internal Affairs in December 1999. Two of the kidnappers have detained earlier and sentenced to 7.5 and 13 years respectively. The third kidnapper, Mohammed Kushtov, 63, from Nazran, in the Republic of Ingushetia, Russia, was put on the police wanted list, and was finally detained last March.

Kushtov was accused of keeping the kidnapped Israeli citizen in an apartment in Ingushetia for at least a month, in collaboration with a fourth, yet to be identified, culprit.

Eventually, Lichtman was transported by the unidentified person to the Chechen Republic, where she continued to be held.

Kushtov was found guilty of kidnapping and sentenced to six years in a strict correctional colony, according to the court’s announcement. 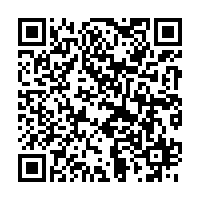