Michael Kadar, 18, the Israeli teenager who is accused of launching bomb threats against a string of Jewish community centers (as many as 2,000, according to some media estimates), tried to option his services on the dark website AlphaBay, Reuters reported citing recently unsealed court documents.

US prosecutors say they have identified a Kadar co-conspirator on AlphaBay, which has been shut down in July, and “intend to pursue criminal charges against that suspect.”


One AlphaBay user wrote that the threats were “Amazing on time and on target. We got evacuated and got the day cut short.” An analysis of the date of the comment, it was referring to Kadar’s threat against Rancho Cotate High School in Rohnert Park, California, north of San Francisco.

Jewish Community officials in the US and Europe were stunned to discover when Kadar was arrested in March that the individual who terrorized so many Jewish institutions was an Israeli teenager. Now, based on the new documents, it may turn out that his campaign of terror was not driven by hate but by a twisted business plan, and that he succeeded in acquiring buyers. So far investigators say they have two suspects who actually hired Kadar’s outrageous services. 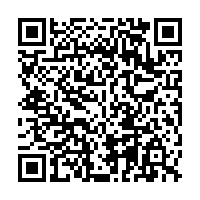