The recent op-ed by Donny Fuchs (“Snakes in the Vineyard,” Aug. 7) accuses HaYovel, a non-profit organization that brings Christian volunteers from all over the world to serve Jewish farmers in Israel, of being a missionary organization attempting to convert Jews to Christianity. From personal experience, interviews as the chief reporter for Breaking Israel News and my own research, I feel Fuchs’ article reeks of a form of xenophobia that was appropriate to galut (exile) Judaism, but that now holds Eretz Yisrael Judaism back from its higher, global purpose.

Fuchs writes that accepting non-Jewish volunteers to work in Israel violates halacha (Torah law), but he fails to cite which halacha this violates. If he is referring to the section of halacha dealing with avoda zarah (idol worship), then he is bringing up a very complex issue and an issue about which many rabbinic experts disagree. You can compare Fuchs’ statement, for example, to the simple and blunt assertion that a kosher-eating Jew cannot consume pork. It seems obvious, but this statement is not entirely accurate, as it discounts the sections of halacha   dealing with taarovet (when a non-kosher mixture inadvertently occurs) or yavesh b’yavesh (when pieces of kosher and non-kosher foods are mixed). I am not a great rabbi. As such, I rely on the opinion of Rabbi Eliezer Melamed, a globally accepted halachic authority, who has welcomed HaYovel – and founder Tommy Waller – with open arms. Rabbi Melamed wrote a halachic ruling on the subject in which he states that the litmus test is a love of Israel. The rabbi instructed Jews to welcome Christians who love Israel, and to consider them allies in geula (redemption).


This op-ed accuses Torah observant farmers and vintners of selling out their beliefs for free labor.

“If you cannot afford the cost of running such an enterprise, don’t do it,” writes Fuchs. He then suggests using Jewish volunteers. Doesn’t his initial admonishment still apply? Israeli industry, especially the wine industry, was built on foreign largesse.

His solutions include imported labor from Thailand. It is no less immoral to import cheap non-Jewish labor than to rely on non-Jewish volunteers. In fact, Fuchs points out himself that this could be halachically problematic.

Fuchs accuses Waller of being a missionary. At one point, early in Waller’s career, this may have been true. But myself and my colleagues have come to know Waller and HaYovel well through our work. Waller and his family are far along a path that has led them outside of the church they grew up in. They do not seek to be Jewish, nor do they seek to influence Jews. They have come specifically to connect with Jews who are strongly connected to Israel to help them find their way. But not as Jews.

I challenge Fuchs to find one Jew who has been converted or influenced by HaYovel. I personally believe Fuchs has redefined missionary as any person who comes close to Judaism but who does not want to convert. This is incorrect. A Christian who does not preach and who does not convert anyone is, by definition, not a missionary.

The Jewish people became xenophobic out of necessity in the exile. Today, when we merit to have the State of Israel, there is not the same need. The real issue is not whether HaYovel is a missionary organization or not; converting Jews is not their stated intention. The question is whether Jews and Christians can have a meaningful dialogue without trying to convert each other or prove that their God could win in some bizarre divine cage match. I believe the answer is yes.

The creation of the modern State of Israel has been enormously transformative for Judaism, but perhaps it was even more so for Christianity. It has strengthened Judaism, but it has annihilated Replacement Theology, the very basis for the Catholic Church and some branches of Christianity. Waller and many others, have turned to Judaism and Israel to be their beacon in uncharted theological territory. It is our Biblical mandate to accept them.

Moreover, with the founding of the State of Israel, Jews returned to our nachala, our inheritance, and we are once again a nation that serves Hashem. We are not a loose matrix of minyans, each trying to stand firm as a speck of light in an ocean of darkness. In the exile, the Jews forfeited most of the Torah, limiting themselves to a small fraction of the mitzvoth.

As the Prophets wrote: The temple was and will be a “House of Prayer for all Nations.” 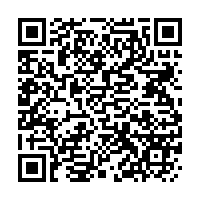