Tu B’Av (Hebrew: the fifteenth of the month of Av), which took place on Thursday this week, is a minor Jewish holiday, representing the national hope for a glowing future after the somber 9 of Av which mourns our past destructions. In modern-day Israel, Tu B’Av is celebrated as a holiday of love, reminiscent of Valentine’s Day. It is reputed to be a “great day for weddings.”

With that in mind, Israel’s Central Bureau of Statistics issued data regarding marriages in 2016, with the expectation that these data match last and this year. And so, without further I Do, here are the love stats:

52,809 couples were married in the qualified religious institutions, some 73% of them Jewish.

The crude marriage rate was 6.2 for every 1,000 Israelis, which is among the highest in the Organisation for Economic Co-operation and Development (OECD) countries.

The average marriage age for all the grooms who were married for the first time was 27.5 (27.8 for Jews).

The average marriage age for all the brides who were married for the first time was 25.1 (25.9 for Jews).

Marriages of Israelis abroad in 2016

In 2016, approximately 9,031 marriages which were conducted abroad and in which at least one spouse was an Israeli citizen were reported to the Interior Ministry’s Population Registry. 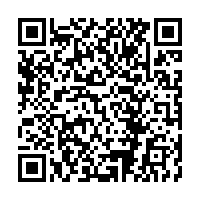