Italy has demanded the extradition of Shmuel Peleg, the grandfather of five-year-old Eitan Biran who lost his family in a cable car disaster last May. Italian authorities are weighing prosecuting Peleg for kidnapping for his bringing the child to Israel in a covert operation on a private plane, after the child’s release from a hospital in Turin.

The disaster claimed the lives of 14 people when the lead cable snapped and the emergency brake did not engage. Among the fatalities were five Israelis from one family: Amit Biran and Tal Peleg-Biran, their two-year-old son Tom, and Tal’s grandparents, Yitzhak and Barbara Cohen.

In October, Israeli Judge Iris Ilotovich-Segal of the Tel Aviv family court ordered Eitan be sent back to his relatives, in “the place of his normal residence, which is Italy,” where he had lived from infancy. Eitan’s legal guardian, his paternal aunt Aya Biran-Nirco, is an Israeli who lives in Italy and had filed a lawsuit under the Hague Convention against the grandfather for abducting the child.

The judge also wrote in her decision that “there is supreme importance in focusing on the medical and emotional condition of the minor and giving him the support, treatment, and embrace he needs following the tragedy that befell him and his family.”

The judge also ordered the child’s grandfather to pay $20,000 in expenses and attorney fees.

Little Eitan is expected to be the recipient of millions of euros in compensation for his great personal loss.

The grandfather’s attorney, Uri Korev, told 103FM on Monday that his client had no sinister intentions. “It was a tragic situation when a man who had lost his family and was in his most difficult time, went to Italy and acted under legal advice that since there was a legal dispute he was allowed to take the child out of the country. As he saw it, there was no kidnapping and there was no illegal incident.”

The attorney was very generous regarding his client’s choices: “He came to Israel, went to his own home, all the authorities knew where he was. He did not hide the child, he arrived in Israel as an Israeli citizen who takes custody of his grandson so that the State of Israel can decide the legal dispute between him and the family.”

Let’s hope that the Israeli side would be able to persuade the Italians to leave the grandfather alone after he has endured the worst tragedy a man can encounter. Even if he crossed the line and broke the law, the child is back where he should be and nothing would be gained by raining a whole lot of Italian justice on the head of this poor man. 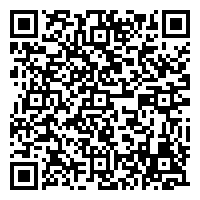