Eritrean nationals may be returned to the country and defection from the Eritrean military is no longer sufficient criteria for receiving refugee status, the Jerusalem Appeals Court ruled Tuesday.

The court was hearing an appeal in the case of an Eritrean national residing in Israel against the stance of the Population and Immigration Authority that defection from the military should no longer be viewed as grounds to allow Eritrean nationals to remain in Israel.

The court cited a recent Swiss ruling, where Switzerland’s Federal Administrative Court (FAC) decreed that deporting Eritrean asylum seekers evading military service was “both lawful and reasonable.” The Swiss ruling, in addition to the peace treaty signed between Eritrea and Ethiopia in July, are sufficient grounds for the state to cancel its non-deportation policy, the Jerusalem court stated.

“It is time to change Israel’s immigration policy when it comes to Eritrean nationals, and to rule that there is no reason not to return them safely to their country of origin,” the Jerusalem court ruled.

“This is exactly what we have been saying for over ten years,” anti-immigration activist Sheffi Paz tweeted following the ruling, adding that “the non-deportation policy is the excuse of cowards. The time has come for the government to find the courage to ignore the progressive left and deport the Eritreans back to their beloved homeland. Well done to the judge who had the nerve to give the middle finger to the leftist liars.”

However, a coalition of Israeli human rights and refugee aid groups, including Doctors without Borders and the Aid Organization for Refugees and Asylum Seekers in Israel, released a joint statement condemning the ruling in which they accused the presiding judge of making decisions and recommendations which are politically motivated and that are “based on false reports and assumptions that have yet to be confirmed.”

“The Eritrean authorities have yet to address the [recent changes], and just as the Swiss Embassy in Israel clarified – as opposed to the publications, Switzerland is not deporting Eritrean nationals back to their homeland. As representatives of Israel’s Foreign and Justice Ministries, as well as from the National Security Council have pointed out in the Knesset, Israel has no [legal] option to deport Eritreans to their homeland, as a threat to their lives and safety exists,” the statement read. 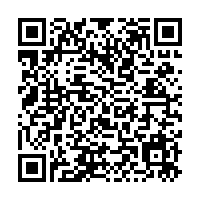