Queensland senator Fraser Anning used the term “final solution” in a speech on banning immigration, calling for a referendum stopping Muslims and people “from the third world” from entering Australia.

“The final solution to the immigration problem is of course a popular vote,” Anning said.

Calling for a new immigration policy that promotes “European Christian” values, Anning declared: “We as a nation are entitled to insist that those who are allowed to come here predominantly reflect the historic European-Christian composition of Australian society.”

“The majority of Muslims in Australia of working age do not work and exist on welfare,” said the senator, for whom this was his maiden speech upon entering parliament. “Muslims in New South Wales and Victoria are three times more likely than other groups to be convicted of crimes,” he claimed, adding: “We have black African Muslim gangs terrorizing Melbourne, we have Isis-sympathizing Muslims trying to go overseas to try and fight for Isis and while all Muslims are not terrorists, certainly all terrorists these days are Muslims. So why would anyone want to bring more of them here?”

Anning suggested “ethno-cultural diversity […] has been allowed to rise to dangerous levels in many suburbs,” explaining that “in direct response, self-segregation, including white flight from poorer inner-urban areas, has become the norm.”

The new senator was condemned by everyone in Australia’s political life, except for Bob Katter, a veteran Queensland politician, who praised his Senate representative, declaring his speech “absolutely magnificent” and “everything that this country should be doing.” 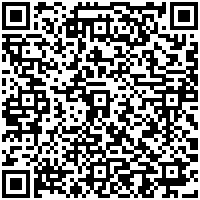