The Jerusalem District Attorney filed an indictment Thursday against Jamil Tamimi, 57, a resident of the Mount of Olives (Ras el-Amud) neighborhood in Jerusalem.

Tamimi is accused of stabbing 21-year-old British student Hannah Bladon to death last month as she was riding on the Jerusalem Light Rail.


He allegedly boarded the train and stabbed her seven times in the chest with a seven-inch-long kitchen knife, according to the indictment, continuing to stab her until passengers on the train jumped him. They held the suspect until police officers arrived and took him into custody.

A statement was issued by the Shin Bet (Israel Security Agency) in response to Arab media and other reports about the suspect’s mental health:

“This is yet another case among many Palestinians who suffer from personal, psychological or moral distress and choose to carry out an attack in order to find refuge from their problems.” 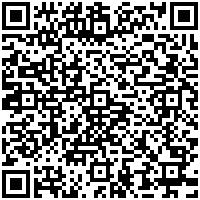