Bar-Ilan University on Monday signed an agreement for collaboration with the United Arab Emirates’ Gulf Medical University to promote medical research and improve public health in Israel and throughout the Middle East.

The agreement calls for the exchange of researchers and students at the graduate and undergraduate levels; joint academic programs in the fields of medical science, medical education, and health-systems administration; and the publication of joint academic studies.


Researchers from Bar-Ilan University’s Azrieli School of Medicine met in the United Arab Emirates with the heads of Gulf Medical University – considered one of the leading private medical universities in the region – before the signing of the agreement.

According to Bar-Ilan University President Prof. Arie Zaban, “One of the most significant achievements of the Abraham Accords is the opportunity for academic collaborations between universities in Israel and the UAE. Research and education in both countries will advance dramatically thanks to their human capital, which until now was unable to join forces for a common goal. We at Bar-Ilan University are proud to pave the way for such collaborative efforts in the fields of medical science and public health — fields in which we already play a leading role in Israel, by means of our innovative Azrieli Faculty of Medicine in the Galilee. I have no doubt that additional Bar-Ilan faculties will soon follow suit and widen the scope of collaboration between Bar-Ilan and universities in the UAE.”

Prof. Hossam Hamdy, Chancellor of Gulf Medical University, stated: “The meeting here in Ajman between our researchers and researchers from the Azrieli Faculty of Medicine was incredibly exciting, as is the signing of this agreement, which will, at last, allow us to move forward with our ambitious plans for collaboration. We have waited for this moment for a long time, and as soon as the Abraham Accords were signed, our management seized the chance for mutually beneficial cooperation with our counterparts in Israel. We hope,” he concluded, “to visit Israel shortly, and that the management of Bar-Ilan University will likewise visit us here.”

Dean of the Azrieli Faculty of Medicine Prof. Karl Skorecki explained that “in the fields of medical science and public health, Gulf Medical University is considered a top university, both in the UAE and the region at large. They are very interested in learning from our work with the diverse populations that live in the Galilee, and I am honored that they have chosen the Azrieli Faculty of Medicine as a partner in their research and educational efforts.” 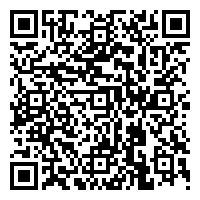