Otzma Yehudit Chairman MK Itamar Ben Gvir ascended the Temple Mount Thursday morning accompanied by police. Meanwhile, the police kept all the other Jews waiting at the entrance until Ben Gvir was done. There was great fear of a Hamas attempt to disrupt the visit with violence.

On Wednesday night, Hamas spokesman Fawzi Barhoum issued a warning to Ben Gvir “against approaching the Al-Aqsa Mosque,” the group’s PC name for what Muslims have named for centuries “Bait al-Maqdis,” literally “The Temple.” Barhoum also warned: “We place responsibility on the Zionist occupation for the impact and consequences of this dangerous, provocative move.”


They care so much.

In response to a question from News 12, MK Ben Gvir said that Prime Minister Naftali Bennett did not try to prevent him from ascending. “I am the landlord of the State of Israel,” the MK told the cameras. To qualify: he didn’t mean that he, alone, was the landlord (Ba’al Ha’Bait) – all the Jews are.

Walking around the holiest Jewish site in the world, Ben Gvir sent a quaint message to the Hamas spokesman: “I suggest you shut your mouth.”

“Throughout the night, the Hamas spokesman was threatening me that I was their target so I won’t go up to the Temple Mount,” he said, adding, “I don’t understand why the Hamas spokesman is not eliminated in a targeted assassination. He is a terrorist like all the other terrorists and you don’t deal with terrorists in weakness and submission, like adding Waqf terrorists and restricting the number of Jews who can go up to the mountain. We need to stop this because weakness and submission invite terrorism.”

The waqf, which is an agency of the Jordanian Crown, will be getting more operative to follow Jews around the Temple Mount to make sure they don’t make a blessing on an apple or, God forbid, whisper a verse of Tehilim.

He also noted that the past week’s bloody terrorist attacks in Be’er Sheva, Hadera, and Bnei Brak, where 11 Israelis had been murdered, took place well before his ascent to the Temple Mount. He also pointed to the fact that since he had planted his office in the Shimon HaTzadik neighborhood (a.k.a. Sheikh Jarrah) in eastern Jerusalem some six weeks ago, the Arab violence there has been quelled (mostly because the cops were forced to show to prevent yet another Ben Gvir-focused riot).

Ben Gvir reiterated: “I went up to the Temple Mount this morning to pray and send a message: we must not fold and submit to the threats of the terrorists who want to kill us all. This is our country. The Temple Mount is the most important and sacred place for the people of Israel and we will never give it up.”

I’ve always wondered why right-wing politicians must be described by mainstream media as “extreme-right.” But “hyper racist” and “Ethnic cleansing advocate” take the slandering several notches higher. The thing is, MK Ben Gvir has done more to expose the truth about both the Arab and Jewish mainstream than even his idol, the late Rabbi Meir Kahane. For one thing, while Kahane was expelled from Israeli politics by right-wing politicians who saw him as a threat at the polls, Ben Gvir has made his way into the right-wing mainstream. Not only is he going to survive, but he and his partners in Religious Zionism are on the way to becoming one of the top four Knesset factions after the next election.

Also, throughout the TV coverage of the last three major attacks, Ben Gvir was on hand each time, as were his followers. Won’t it be the sweetest revenge if he is made Minister of Internal Security someday in the not-too-distant future? I’d pay to watch that.

Yes, “Fascist,” that’s another adjective the media use to describe right-wing politicians with whom they can’t conduct a grownup dialog. But it’s safe to say that in the majority of Israeli-Jewish society, following the past harrowing week of cruel and mostly calculated terrorism, “there’s nobody here but us fascists.” 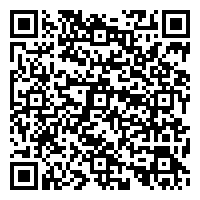