The son of Brazil’s President Jair Bolsonaro, Eduardo Bolsonaro, told a gathering in Jerusalem Sunday night that Brazil will move its embassy to the Israeli capital, “for sure.” Bolsonaro was in Israel for the opening of his country’s new trade office in Jerusalem.

Prime Minister Benjamin Netanyahu and his wife Sara met Sunday afternoon with Eduardo Bolsonaro, who serves as Brazil’s Chairman of the Chamber of Deputies of International Affairs and National Defense Committee, in advance of a celebration to mark the opening of Brazil’s new trade office in Jerusalem.

During their meeting, Netanyahu also spoke with Bolsonaro’s father, President Bolsonaro, via his son’ts phone.

The opening of the APEX office in the Israeli capital was something that was agreed upon in the tightening of relations between Israel and Brazil, Netanyahu said during his remarks at the evening ceremony. “And here it’s happening today as part of President Bolsonaro’s commitment to open an embassy in Jerusalem next year,” he added.

“I’m happy to report to you that we have made bold advances in our ability to cut travel time between Brazil and Israel. We will soon be able to fly across Africa. So we can cut down the time for this visit by several hours. This is very good news both for tourism, but also for the vital exchange of business people, entrepreneurs and technologists.”

Brazilian International Affairs and National Defense Committee Chairman Bolsonaro said in his remarks, “We will reach together to fight back against terrorist groups. If you want to avoid a terrorist attack you have to show power.

“Sooner or later we are going to recognize Hezbollah as a terrorist group,” he vowed, “especially after what they did in Argentina in ’92 and ’94.”

Bolsonaro also insisted the Brazil would indeed move its embassy to Jerusalem.

“I was with President Jair Bolsonaro before I came here. He told me that for sure, the commitment. He’s going to move the embassy to Jerusalem. He’s going to do that,” he said. “We want to do a movement to Jerusalem, not only for Brazil, but to be an example to the rest of Latin America.” 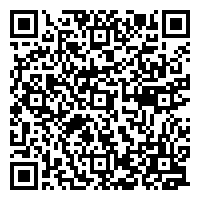