This year marks the 70th anniversary of Israel’s independence and the 50th anniversary of the Unification of Jerusalem. To celebrate both occasions, a variety of events will take place throughout the city from April 18 to 19, free of charge.

Street parties will take place in the Machane Yehuda Market and in the center of town on Friday, April 20. There will also be entertainment stages throughout the city featuring a range of performers including Yossi Azulay, Liron Amram, Balkan Beat Box, Lior Narkis with Avi Mesika and Shay Cohen, Pritsat Disc, Reva LeAfrica, Gili Yallo, Fortis, AVEVA, Ana Aref, Alma Zohar and other top DJs.

There will also be events held in cultural institutions throughout the city including Amir Shreiber and the Israeli Groove at the Israel Museum, An audiovisual journey about the life of Menachem Begin at the Menachem Begin Museum; Illustration and comics workshops at Beit Agnon; a sing-along with Sarale Sharon at the Bible Lands Museum; theater and music show with Yair Altman; live theater – Blues for the men in Blue, a story of cops and robbers among Jerusalem’s walls and countless other activities – all free of charge.

The light rail will be run by CityPass throughout the night on the eve of Yom Ha’atzmaut. The Jaffa Center station will be temporarily closed following police recommendations, therefore no boarding or alighting will be permitted at this station.

The Jerusalem Development Authority Director of Tourism, Ilanit Melchior has promised a spectacular Yom Ha’atzmaut. She said, “It is wonderful to be celebrating Israel’s 70th anniversary in Israel’s capital. It follows the 50th anniversary of the unification of Jerusalem. Yom Ha’atzmaut is always a special time and we look forward to welcoming both Israelis and tourists to Jerusalem to enjoy the festivities taking place throughout the city.”

Starting with artists’ performances followed by public dancing with the best dance instructors.

Following the artists’ performances, a mass folk dancing event will be held, hosted by Avner Nayim and Miki Kogen.

3 FRONT STAGE parties will be held simultaneously in the center of town between 22:00 and 3:00

Followed by public dancing accompanied by musicians and singing. Independence party with the Student Union.

*Tickets can be purchased from the Student Union.

21:30 – Independence Concert at the Jerusalem Theater

Independence Day Events at the Theaters

Theater Company Jerusalem – Beit Mazia
A Journey through Time – a new show and musical act by ‘Meorav Yerushalmi’ at 14:00
Salt of the Earth – a play about the invisible people living in Israel at 16:30
Admission free
18 Mesilat Yesharim St., Tel: 02-6244584/6

​The Train Theater – Gan Hapaamon (Liberty Bell Park)
‘Across the Ocean’ – a play for children based on the poems of H.N. Bialik, via object theater, puppets and song. Performances at 11:00 and 12:30. Cost: NIS 10.
The ‘Kirkasum’ Duo – a blue and white interactive clown show marking 70 years of independence.
The area next to the train carriage at 10:30 and 12:00
Admission free

Jerusalem Dance Theatre – Beit Mazia
​’Seasons of War’ – a play inspired by Israel’s 70 years of existence, which reflects on the tension between the aesthetic and the combat situation.
Performance at 12:00
Admission free
18 Mesilat Yesharim St., Tel: 02-6795623

Independence Events at the Cultural Institutions and Museums

The Shrine of Solomon Museum
​70 Years Between Dream and Reality
Guided tour on the rooftop and a dramatized tour of the Museum by the Elul Theater
Admission free
58 King George St., Tel: 02-5889000

Old Yishuv Court Museum
​Live Theater – Blues for the men in Blue, about cops and robbers among the walls of Jerusalem
Interactive game for the whole family
Guided tours of the exhibitions on the hour from 10:00-15:00
Admission free
6 Or HaChaim St., The Jewish Quarter, Tel: 02-6276319

Museum of Italian Jewish Art
​Emerge from Italy into a game in the alleyways of Jerusalem, to discover the works of the people after which the streets around the Museum were named.
Open from 9:00-16:00
Admission free
25 Hillel St., Tel: 02-6241610

Tower of David Museum
​70 years of independence in the Tower of David. Instructive stations, games involving the country’s symbol, the symbol of Jerusalem and other main sites and symbols of the city.
Open from 10:00-16:00
16:00-17:30 “Al Haderech’ – a musical by Yair Lehman.
Admission free
Jaffa Gate, Tel: number *2884

French Hill
French Hill at the Community Administration garden from 20:00
Independence on the lawn, a communal picnic with amusement park facilities, “Gazoz Veneshira”
Fireworks at 21:30

The public is invited free of charge

Straight Talk About the ‘Deal of the Century’ 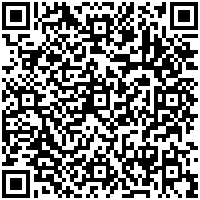