Thanks to climbing numbers of travelers to the Jewish State, Israel’s Ben-Gurion International Airport is slated to undergo a massive billion-shekel ($280,000) expansion program.

Israel’s main airport fields 90 percent of entries to and exits from the country and is expected to see more than 25 million arrivals and departures in 2019. That’s a major increase over 2017, which saw 20.8 million transits, and the estimated 23 million expected to pass through the airport in 2018.

To accommodate the additional traffic, the airport’s main international terminal, Terminal 3, will be renovated to include an additional 36,000 square meters (or nearly 400 square feet) on four floors, and 88 new check-in counters.

In February, a new wing with eight additional airplane exit gates and four bus exit gates was inaugurated to accommodate up to 1,800 passengers an hour.

More than 100 airlines now service Ben-Gurion. Renovations are also in progress at the smaller Terminal 1, which services flights to domestic locations and low-cost airlines like EasyJet, Ryanair and Wizz Air. 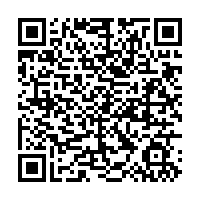