Gentamicin is a commonly-used antibiotic, considered an essential medicine by the World Health Organization (WHO). But antibiotics of this kind (aminoglycosides) cause kidney damage in up to 25% of hospitalized patients. This is a major problem for more than 37 million Americans who suffer from chronic kidney disease, according to the Centers for Disease Control (CDC). The American Federal Drug Administration (FDA) considers the development of antibiotics for patients with chronic kidney disease to be a national priority.


A group of researchers led by Professor Yaakov Nahmias, Director of the Grass Center for Bioengineering at the Hebrew University of Jerusalem and founder of the biotechnology startup Tissue Dynamics, discovered a new mechanism of antibiotics-induced kidney damage, never identified before.

Their paper (Aminoglycoside-induced lipotoxicity and its reversal in kidney on chip) was published in the Royal Society of Chemistry journal’s Lab on Chip, and featured on the front cover showing an artificial intelligence artistic rendition of a bionic microtissue, dramatically fusing art and science.

“Most work in the drug development field is being carried out in mice, and the mechanism we found is human-specific,” said Prof. Nahmias.

The academic team partnered with Tissue Dynamics––a groundbreaking biotechnology company owned by Nahmias that develops drug toxicity and efficacy screening tools for the pharmaceutical and cosmetic industries––to develop a bionic micro-kidney in which electro-optical sensors—roughly half the width of a single human hair––are embedded in human kidney tissue.

“This is a dramatic demonstration that bionic technology, which blends sensors with human tissue, could rapidly propel drug development forward,” said Nahmias, whose Tissue Dynamics was recently selected as one of the top 5 organ-on-chip companies in the world. 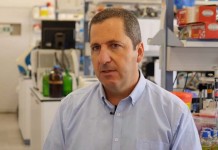 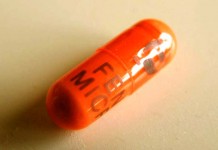 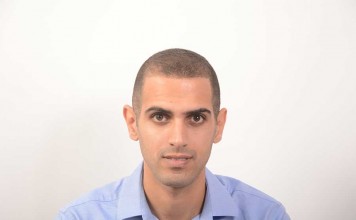 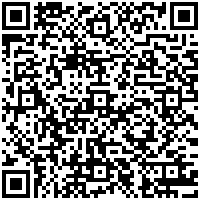