The International Quds (Jerusalem) Day demonstrations started in Tehran and about 900 other Iranian cities on the last Friday of the holy fasting month of Ramadan, IRNA reported. Quds Day was initiated by the Islamic Republic of Iran in 1979 to oppose Zionism and Israel, as well as Israel’s unification of Jerusalem. It was conceived in opposition to the Jerusalem Day (Yom Yerushalayim) celebration instituted by Israel in May 1968, which the Knesset declared a national holiday in 1998.

As such, Quds Day in Iran pretty much fun-house mirrors Jerusalem Day in Israel. Iran celebrates the day by putting on public display poster images of the city of Jerusalem, with art exhibitions about the holiest Jewish city, and folkloric events.


In Lebanon, Hezbollah marks the occasion by a substantive military parade organized for the last week of Ramadan. Since 1989, the Hashemite kingdom of Jordan observes Jerusalem Day by hosting academic conferences, and Arab counties around the Middle East pay the occasion lip service in a show of solidarity with the Arab refugees of 1948-49.

Quds Day parades in Iran are sponsored and organized by the government. There are also mass marches and rallies. Senior Iranian leaders give fiery speeches condemning Israel, as well as the US. The crowds respond with chants of Death to Israel (مرگ بر اسرائیل) and Death to America (مرگ بر آمريكا).

The Quds Day demonstrations started in Tehran on Friday at 10:30 AM with demonstrators chanting anti-Israeli and anti-US slogans along the streets leading to the University of Tehran which occasionally hosts Friday prayers.

“Iranians will unanimously urge liberation of the occupied territories and make the world hear the voice of the defenseless nation of Palestine,” IRNA reported, noting that “some 4,000 Iranian and international journalists and photographers cover the event.”

That’s a lot of coverage.

Starting around 2013, Quds Day was celebrated in significant numbers in Canada, the US, and Western Europe. The British Quds Day march of 2017 took place on June 18, in London, although more than 15,000 people had petitioned Mayor Sadiq Khan to forbid it. 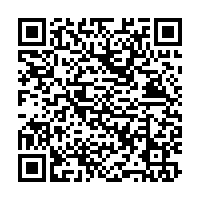