Israel marked Wednesday’s celebration of the International Day of Indigenous People by sending out a tweet with a brief timeline of the Jewish presence in the Holy Land.

As the world marks Intl Day of Indigenous Peoples, #WeAreIndigenous, a small reminder of the ✡ Jewish people's ancient ties to the Holy Land pic.twitter.com/RezZZH3ira


On language alone, our ancient ties have lasted from antiquity straight through to this day, both in speech and in the written word.

History bears it out in archaeological artifacts that are still being discovered. Odd that the United Nations Educational, Scientific and Cultural Organization (UNESCO) can’t seem to get that straight . . . but when votes by membership define history rather than truth, perhaps it’s no surprise. 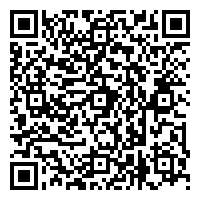