For the first time ever, the Jerusalem Planning and Building Committee has approved a construction plan that will include dozens of housing units for Jews in the predominantly Arab neighborhood of Beit Hanina, north of the city’s center.

Half of the project’s 150 total housing units are earmarked for Arab residents, the other half for Jews. There are currently only seven Jewish couples and five Jewish men living in Beit Hanina.


“We’re happy to announce … that we’ve approved construction of 150 housing units in Beit Hanina, and especially that 75 Jewish families can now live there,” said Jerusalem Deputy Mayor Yossi Deitch. “I hope approval of the units will be the sign and signal that construction in the city will be unfrozen next year throughout the city and for all sectors. I’ll do everything possible to thaw the construction freeze in Jerusalem and thereby breathe life in to the city,” he added.

The project, approved Wednesday, may face a firestorm from Arab residents in the neighborhood, but it will absolutely face a hurricane in the nearby northern Jerusalem neighborhood of Shuafat, a long-time hotbed of terrorist activity.

Israelis now have 45 days to submit objections before the plan is submitted for approval by the District Planning and Building Committee.

It includes eight seven to 12-story apartment buildings, with four in each compound. The average size of the apartments will be 92 square meters. In addition, the plan will include a public open space comprising approximately 24 percent of the site.

The site selected for the housing project is located on the side of the neighborhood that marches along the area close to Ramat Shlomo, an entirely Jewish neighborhood in Jerusalem.

It’s hundreds of meters from the Jerusalem Light Rail that runs in the northern section of the city at present. 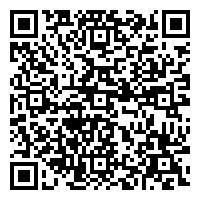