The Mayor of Jerusalem Moshe Leon today, Monday, dedicated a square in the city in the name of Chiyona Sugihara, a Japanese diplomat who served at the Japanese Consulate in Kaunas, Lithuania during World War II and helped to issue visas to more than 2,150 Jews. In doing so, he helped them escape German occupation and probable death in the Holocaust.

For this, Sugihara was declared a “Righteous Among the Nations” by Israel. A righteous person among the nations is the honorific that Israel gives to those non-Jews around the world who worked to save the lives of Jews during the holocaust, usually at risk to their own lives. The most famous of these are probably the German businessman Oscar Schindler and the Swedish diplomat Raoul Wallenberg.


Sugihara received the designation as a Righteous Among the Nations by the State of Israel in 1985.

Sugihara was born in 1900 and served as Deputy Consul in Kaunas, Lithuania beginning in 1939. In 1940, when Lithuania was occupied by the Soviet Union, all diplomats were asked to leave the country. At that time, Jews began knocking on the doors of embassies in order to obtain visas that would allow them to leave Lithuania. These visas cost a fortune and many Jews found it difficult to obtain one.

Among the people who Sugihara saved were 300 students of the Mir Yeshiva, who established a temporary residence in Shanghai. These survivors were the people who established the famed Mir Yeshiva in the Beit Israel neighborhood of Jerusalem. This is one of the largest Tora academies in the city with students who come from all over the world. Other important figures saved include Zerach Verhaftig, an Israeli lawyer, rabbi and politician who was a signatory to the country’s declaration of independence, and Rabbi Yechiel Michal Feinstein, who established several yeshivas in Israel.

Sugihara died in 1986 at the age of 86, leaving behind a wife and three children. The request for the commemoration of Sugihara in Jerusalem was submitted by the families of the people he saved.

The ceremony took place in the presence of Japan’s ambassador to Israel, Koichi Mizushima the embassy’s cultural attache Yoshihiko Higuchi, representatives from Israel’s Ministry of Foreign Affairs, Holocaust survivors and other dignitaries. The square is located in the Ir Ganim neighborhood in the southwestern corner of Jerusalem, between Kolitz Street and Panama Street.

Mayor of Jerusalem Moshe Leon said, “The Righteous Among the Nations Chiyona Sugihara did everything in his power and worked tirelessly to save Jews from the clutches of the Nazis, at no small a personal price.”

“The least that the city of Jerusalem can do for him is to commemorate his name as a sign of appreciation for his noble deeds.” 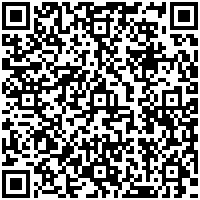