Anne Dauphinais, 61, a Republican representing the towns of Killingly and Plainfield in Connecticut’s House of Representatives, last Friday posted on the CTNewsJunkie Facebook page: “King Lamont a.k.a. Hitler dictating what we must inject into our bodies to feed our family!”

The comment was in response to a report headlined, “2.2% of State Employees Still Out of Compliance,” and “King Lamont” is Connecticut 89th Governor, Democrat Edward Miner Lamont Jr., serving since 2019. According to the report, in keeping with his recent mandate, as of last Thursday, 97.8% of Connecticut’s 30,000 executive branch workers had agreed to either be vaccinated against COVID-19 or be tested every week.


Just like Hitler did, when he forced 6 million Jews to get vaccinated.

Despite the predictable outrage her silly comment, rooted as it was in deep ignorance of WW2 history (Connecticut Republicans were among the first to denounce her, as did several Jewish groups, including Connecticut’s Anti-Defamation League), Dauphinais is refusing to apologize. Instead, she posted a lengthy comeback to her attackers, also on Facebook, with this quote from Wiki:

She then followed by comparing individual acts of Governor Lamont and Chancellor Hitler:

Certifiable? You bet. Is it time to institute some standard of vetting elected officials to prevent idiots from becoming active lawmakers? I would consider it strongly. Is this God’s way of telling us to shut down the Internet? I do not doubt it (didn’t He just fire a warning shot when He took down Facebook?).

Connecticut House speaker Matt Ritter said Dauphanais’ comments were anti-Semitic, and compared them, quite insightfully, to State House member Gale Mastrofrancesco (R-Wolcott) who attacked the use of facemasks to the late George Floyd’s stirring last words: “I can’t breathe.”

So, for sure, not all anti-vaxxers are crazy, some even make cogent points about their reasonable fear of the government taking advantage of the Corona crisis to dismantle free speech and other guarantees in the Bill of Rights (unreasonable searches and seizures come to mind). But the need of the crazies in this camp of folks who would not be inoculated to enlist Adolf Hitler robs their effort of the gravitas it deserves. 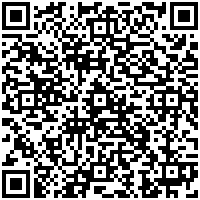