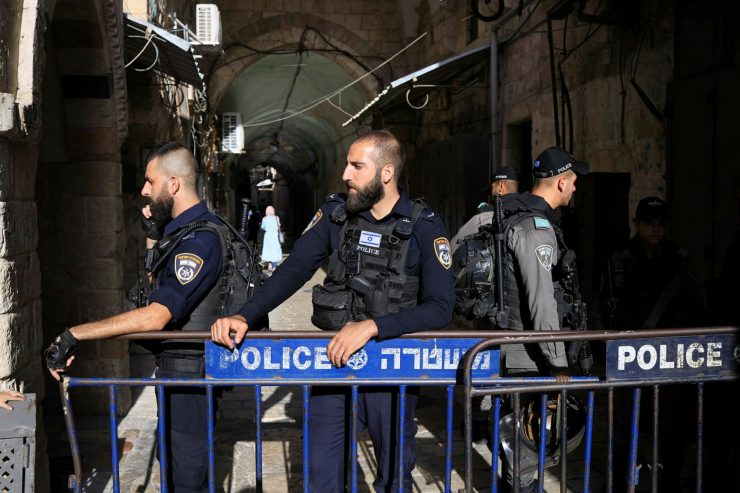 The Israel Police is preparing its forces for an escalation in the violence on the Temple Mount as two Muslims were arrested at the holy site on Wednesday after they had apparently planned to carry out a stabbing attack against Israeli forces.


The suspects were identified as Jerusalem residents aged 17 and 18.

They were investigated for crimes of attempted murder, racially motivated offenses and the illegal possession of a knife and were brought on Thursday before the Jerusalem Magistrate’s Court for a hearing and the extension of their remand.

“This is the second time in recent months that the alertness of the police officers stationed on the Temple Mount has led to the prevention of harm to innocent civilians and the police,” the police stated.

The IDF has likewise stated that it is boosting its forces in the Judea and Samaria area ahead of a possible outbreak of riots on Friday.

Israeli analyst Yoni Ben Menachem warned Thursday that Jordan is working to agitate the Temple Mount atmosphere through the Waqf Council that is under its control.

“The Temple Mount has always been the match through which the Palestinian leadership can set fire to the area, so what will happen on the Temple Mount during Friday prayers and in the coming days is of great importance,” he explained.

He said Israel that “must act firmly but cautiously in its treatment on the Temple Mount, in order to prevent the possibility of a new intifada being ignited.”

Two weeks ago, Hamas launched a major campaign under the banner “The Great Dawn” against what it termed as Israel’s intention to “Judaize” the Temple Mount and the Cave of the Patriarchs in Hebron, prompting clashes with police on the Temple Mount, and the security system fears that Hamas will utilize the Friday prayers to ignite the Palestinian Authority and drag the residents into broad violent riots.

Bejeweled To The Letter