Thousands of people took part on Sunday in the funeral procession in Jerusalem of Rabbi Shmuel Auerbach, who passed away on Friday night at the age of 86. The funeral began at 11 AM from the Ma’alot HaTorah Yeshiva in the Sha’arei Hesed neighborhood, on its way to Har HaMenuhot where he was buried.

Traffic jams were recorded throughout the city as a result of the funeral procession, with heavy delays in the main arteries inside Jerusalem and on highways 1 and 443 leading into the capital from the coastal plane.


Rabbi Avraham Dov Auerbach, brother of the departed, said at the start of the procession that his brother was “a humble and quiet man, who had the power of truth without concessions.”

Rabbi Tzvi Friedman, one of the prominent leaders in the late Rabbi Auerbach’s Jerusalem faction, mentioned his public struggles: “We are at war against annihilation (shmad),” he declared. “Let no young man report to the recruitment office, don’t be afraid of the police, let him enter the prison with joy,” he cried. “They can fill all the prisons, it won’t help them.”

The late Rabbi Auerbach was one of the leaders in the struggle against recruiting Haredim into the ranks of the IDF. During his lifetime, he instructed his students not to report to the conscription offices when they received their draft notice. This was in contrast to the position of the rest of the Haredi leadership, which takes a more moderate approach regarding enlistment.

Rabbi Auerbach, who had a reputation of an extremist, encouraged his followers to demonstrate at every opportunity when their comrades were arrested for desertion.

Holes in the NSO Story Just Too Big to Ignore 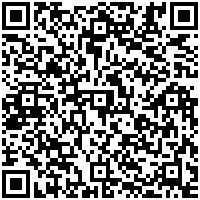