On Wednesday, hundreds of yeshiva students demonstrated outside Prison Six in Atlit, south of Haifa, where the IDF has placed Moshe A., 19, a yeshiva student dodging the draft.

On Sunday, Moshe came to his Kiryat Malachi home for a short furlough from his Lithuanian yeshiva Nachlat Asher in Petach Tikva. According to his mother, Miri, who spoke to Ynet, the IDF recruitment department called to make sure he was home, and then, at 2:30 AM Monday, some MPs arrived and arrested Moshe.


“Since then I haven’t heard a thing from him,” his mother said, who’s getting the news about her son only through his yeshiva rebbi.

On Tuesday, Moshe A. was sentenced to 14 days in jail for ignoring an invitation from the army. His mother said Moshe was very much afraid of the draft, after hearing that yeshiva boys are “ruined” in the army. She added that on Sunday he called his father to say tearfully that “people are cursing here, dirtying their mouths, I can’t stand it.”

Just to set the record straight, the IDF Spokesperson’s office made clear that Moshe A. was the only yeshiva student arrested, but not because he’s opposed to the draft—they all are, but because he chose to ignore the draft notice. According to the IDF, everybody else who are classified as a draft candidate whose Torah study is his livelihood did show up, register and received a deferment until the Knesset passes the new draft law.

Moshe A. was following the command of Rabbi Shmuel Auerbach, leader of the Jerusalem Lithuanian Haredim, who declared the effort to recruit yeshiva students “gzeirat shmad,” tantamount to the medieval church’s attempts to convert Jews by force.

An ad published in a Haredi paper associated with Rabbi Auerbach last week cited him as saying that since the current notices being sent out to yeshiva students of age are only for the purpose of screening and placement—and not actual draft notices—students must not report at all.

So Rabbi Auerbach and his merry band of Haredim needed a pawn to serve their political aims, not the least of which is fund raising for the glorious struggle against the Torah hating Zionisrs, and Moshe A. volunteered.

Just to make things even more complicated, according to his mother, Moshe A. is scheduled to undergo back surgery next week. “They promised me to release him until then,” she said. “But I’m worried. Meanwhile he’s suffering pain over there. I don’t know what his medical condition is, and I’m afraid they’ll harass him and force him to do things which are contrary to his faith…”

Transportation from Kiryat Malachi, in the northern Negev, to the prison up north presents a problem for Miri, who relies on buses to travel. “In my entire life I never took the bus to Haifa,” she said.

Rabbi Auerbach did show up in front of the prison gates Wednesday, with hundreds of followers, to pray for “the removal of the decree.”

The elderly rabbi visited Moshe A. in his prison cell, gave him a religious seifer-book and a bouquet of flowers. He also asked the boy to bless him.

Now that the first yeshiva student has been punished with a short prison sentence, the fight is bound to intensify. The rally by the jail marked the start of a new campaign, in Israel and abroad, in which the name of the state of Israel will be dragged through the mud and the IDF be compared to Stalin and the Communists. 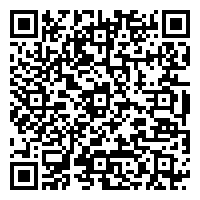