Israelis will be allowed to march and dance with their Israeli flags this year on Jerusalem Day following police recommendations and a subsequent decision made Wednesday by Public Security Minister Omer Bar Lev.


The traditional Jerusalem Day Flag March will be allowed to proceed along its annual route, taking the marchers through the Damascus Gate entrance into the Old City of Jerusalem and on to the Western Wall.

“We thank the police who began preparations for the parade to take place along its traditional route…as has been the custom for the past few decades,” march organizers said.

One year ago, Gaza’s ruling Hamas terrorist organization fired long-range missiles at Israelis on May 10, the day they were to march down Jerusalem’s main street, launching the 11-day war the IDF later called “Operation Guardian of the Walls.”

The march that was to take place that day was rerouted by Israeli police at the last minute, and then cancelled altogether.

The 2021 Jerusalem Flag March was later rescheduled for June 15 but did not follow its traditional route. 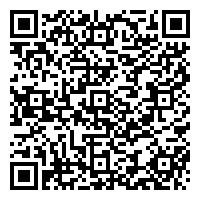