Israel Police turned up numerous low-level but effective weapons squirreled away in Jerusalem’s Temple Mount during a search of the compound Tuesday following a firebombing attack on the police station there, followed by clashes with Muslim rioters on site.


Israel Police Commissioner Moti Cohen conducted an assessment at the site together with Jerusalem District Police commander Doron Yedid shortly after the incident. They ordered police to search the compound for additional weapons, the compound cleared of all Muslims and the entrances to the site closed in response to the violence.

Police said they found a number of containers filled with flammable materials plus prepared firebombs (Molotov cocktails) and fireworks.

Thus far 10 Arabs have been arrested in connection with the day’s events at the site.

This is not the first time terrorist weapons have been stockpiled in the mosque for use on the Temple Mount against police and Jews visiting the holy site. 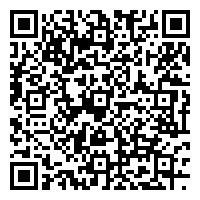