The government of Singapore announced on Monday that it will, for the first time, open an embassy in Israel after a wait of 57 years.

Singapore will establish an embassy in Israel

During a meeting today in Jerusalem between Israeli FM Lapid and Singaporean FM Balakrishnan it was announced that after many years of very close bilateral relations, Singapore will establish its embassy in Israel. ?? pic.twitter.com/757zSiAQlO

Singaporean Foreign Minister Dr. Vivian Balakrishnan told Israel’s Foreign Minister Yair Lapid at a meeting Monday in Jerusalem between the two that his country intends to open an embassy in the Jewish State.

It is the first time Singapore has made such a decision since the establishment of diplomatic ties with Israel in 1965, although the Jewish State has maintained an embassy in Singapore for decades.

“I welcome the Government of Singapore’s decision,” Lapid said in a statement following the announcement. “This is further evidence of the good and special relations between our two countries.”

Also on Monday, Israel and Singapore signed an agreement to collaborate on Artificial Intelligence (AI), a move that will benefit the development and deployment of AI in both countries.

Israel’s Minister of Innovation, Science and Technology, Orit Farkash HaCohen, signed the cooperation agreement with Balakrishnan at a separate meeting.

Singapore is considered a leading country in the field of high-tech and AI.

Balakrishnan was scheduled to visit the Yad Vashem Holocaust Memorial Center in Jerusalem on Monday. But that does not stop him from proudly announcing via Twitter that he had visited the Palestinian Authority capital of Ramallah on Sunday, where he met with PA Prime Minister Mohammad Shtayyeh, Foreign Minister Riyad Al-Malki and Health Minister Mai Al-Kaila.

“Our technical assistance programs have benefitted over 600 Palestinian officials,” the Singaporean minister added.

Balakrishnan noted that he had presented a donation of masks to Al-Kaila as part of Singapore’s special healthcare assistance package to the PA. “Hope these will help PA manage the pandemic,” he said.

Unlike Singapore, the European Union is scaling back its support for the Palestinian Authority, albeit temporarily, due to the continuing presence of hate-filled incitement against Israel and Jews in the entity’s Education Ministry textbooks.

The EU decided to delay the transfer of economic aid from which the PA pays the salaries of its civilian officials, in a move that came in response to a request by the government of Hungary not to support the PA over anti-Israel and anti-Semitic incitement appearing in PA school books.

The European Parliament’s Committee on Budgets (BUDG) first adopted Hungary’s position in April 2021, and conditioned the transfer of €214 million on changing the curriculum that includes incitement against Israel and anti-Semitic content.

The decision to postpone the aid again was approved in a vote carried out in the presence of a Palestinian Authority delegation. 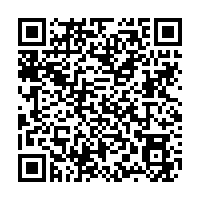