Archaeologists from Tel Aviv University led by Prof. Oded Lipschits and Ph.D. candidate Shua Kisilevitz continue the excavating of a unique temple from the time of the First Jewish Temple at Tel Moẓa near Jerusalem. The temple complex, which is the only one of its kind discovered to date in the realm of the kingdoms of Israel and Judea, is similar in many respects to the detailed description of temple built by King Solomon, in Kings I chapter 6.

Researchers say the site contributes greatly to understanding the First Temple period and to comparing the archaeological findings – here and in other sites – with the Bible narrative.


Their article, A Rival to Solomon’s Temple – The Place of Worship at Tel Moẓa Explained, was published in in Biblical Archaeology Review last December. See also: Another Temple in Judah! (PDF).

“The excavation at Tel Moẓa began in 1993, as a rescue excavation by the Israel Antiquities Authority – in preparation for the construction of a section of road that will replace the exit roundabout at Highway 1,” says Kisilevitz. “Additional rescue excavations were carried out in 2002, 2003 and 2012-13. These excavations uncovered an important site, whose dominant period was the time of the First Temple – From the 10th to the early 6th century BCE (Second Iron Age).”

“The findings indicate that there was an important economic and administrative center here, at the fertile Moẓa valley, with dozens of silos and two large grain storage facilities,” Kisilevitz continues. “At the center of the site, a monumental temple complex of the ‘North Syrian Temple’ type was exposed, whose plan is typical of the Ancient Near East. Among other things, an altar for offering sacrifices was revealed, alongside a table for offerings and many ritual utensils were discovered at the site – among them human- and horse- shaped clay figurines.”

“The temple at Moẓa is the only temple compound of this type discovered to date in the realms of Judea and Israel,” she said. “Its architectural plan and decorations that adorn the ritual vessels are similar to those attributed to Solomon’s Temple in Jerusalem, and described in detail in the Book of Kings I chapter 6.”

In March 2019, following the completion of the construction of the bridge leading to Jerusalem and the removal of sand fillings that covered the site during construction, the archaeologists returned to Tel Moẓa, this time as an academic excavation of Tel Aviv University.

“The excavations this season were very focused, and the goal was twofold: first, continue to expose the temple structure; and second, use advanced scientific technologies to better understand the site,” says Kisilevitz. “We discovered that the structure was at least 21 meters (63 ft.) long, and that underneath the temple courtyard floor there are remains of another worship-related structure, probably from the 10th century BCE.”

Researchers point out that the temple complex, with its various layers, constitutes an unprecedented finding in the archeology of Israel: worship structures erected at the beginning of the Second Iron Age, and a temple that continued to exist throughout most of the First Temple period, alongside Solomon’s Temple in Jerusalem. Therefore, the site contributes greatly to understanding the evolution of worship in Judea, and to understanding the process of forming the Kingdom of Judea.

During the excavation, the researchers sampled materials from four layers exposed in a section on the eastern side of the temple, and submitted them for testing using various technologies: OSL – physical method for dating dirt samples; Carbon 14 dating test for organic materials; and micro-archeology techniques using microscopes, infrared rays, and other scientific instruments to reveal the hidden components within the archaeological findings.

“The results of the tests will give us a lot of information about the temple,” Kisilevitz says. “Among other things, we hope they will help us to accurately determine the dates of the different layers, find out if the structure has been abandoned at any time, and reconstruct the nature of the activities that took place in the temple courtyard.”

“Since most of the ritual activity took place in the courtyard, while the temple structure itself was only accessible to priests, we hope that further excavation in this area will reveal more objects of worship,” she says.

“The findings of the excavation at Tel Moẓa, past, present and future, are of great importance in understanding the First Temple period, and comparing the archaeological findings to the Bible,” Prof. Lipschits summarizes.

“The very presence of a temple similar to Solomon’s Temple just a few miles from Jerusalem raises many questions,” he notes, “Since the biblical text is rife with struggles against erecting worship sites outside Jerusalem, and even explicitly states that the God of Israel must be worshiped only in the temple in Jerusalem. Furthermore, the books of Kings II and II Chronicles speak of two religious reforms that dealt with precisely this point: King Hezekiah’s reform at the end of the 8th century BCE, and the more radical reform of King Josiah, which destroyed all places of worship outside Jerusalem in the late 7th century BCE.”

Did the Temple in Moẓa survive Hezekiah and Josiah’s religious reforms, and did it continue to operate until the destruction of the Kingdom of Judea by the Babylonians in 586 BC?”

Two additional excavation seasons are planned at Tel Moẓa, in the spring of 2020 and 2021, with students and researchers from around the world, especially from Israel, Germany, the Czech Republic and the US. Researchers are confident that many exciting discoveries await them on the unique site that does not stop surprising… 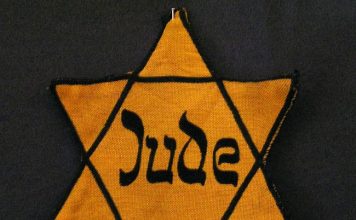 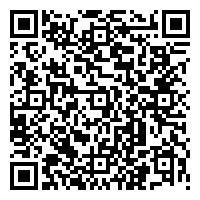