A terror attack on the Temple Mount in the Old City of Jerusalem’s has left multiple dead and wounded. The attack happened at 7:12 AM on Friday.

Four Border Policemen were shot and wounded by the terrorists.

Two of the policemen are in critical condition (and have since died). A third is moderately wounded and another is lightly wounded.

A paramedic, Aharon Adler, was lightly injured in the leg by a ricochet as he was treating a wounded policeman.

Three terrorist have been neutralized by Border Policemen. The three terrorists have been tentatively identified as Israeli-Arabs from Um El Fahm and reportedly tied to the Northern Branch of the Islamic Movement.

The terrorists were armed with two Carl Gustav machine guns and a pistol. There are a number of wounded in the area.

The Temple Mount will be closed today.

A video appears to show the “neutralized” terrorists getting up and the attack continued. 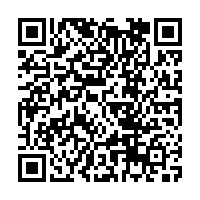