Fire and Rescue Service personnel rescue asked the government on Monday to request international assistance in the battle against the growing wildfire in the forested hills surrounding Jerusalem.

Prime Minister Naftali Bennett instructed officials in the Public Security Ministry and the National Security Council to coordinate a formal request for international aid in the fight against the massive fire, now in its second day of consuming thousands of dunams of forested hills around the capital.


Israel’s Foreign Ministry sent requests for help, in conjunction with the Public Security Ministry, to Greece, Cyprus, Italy, France and others.

Barely two weeks ago, it was Israel who sent NIS 3.5 million in aid to Greece, stricken by dozens of massive forest and other fires around Athens, in various villages and on the island of Evia. Israel dispatched firefighters and two firefighting planes to help out its Mediterranean neighbor.

The Israel Fire and Rescue Service issued a general callup on Monday afternoon to focus efforts on battling the blaze.

Bennett also directed the Defense Ministry and IDF to continue giving all necessary assistance to the firefighting and rescue efforts. In addition, he ordered an evaluation into whether there are additional Air Force capabilities that could be utilized in the effort to bring the fire under control.

Dozens of Area Firefighting Teams Involved
At least 70 firefighting teams from Jerusalem and neighboring areas have been involved in battling the fast-moving blazes over the past two days, starting on Sunday and continuing on through the night and into Monday.

At one point the fire was extinguished near the Eitanim Psychiatric Medical Center in the Jerusalem Hills — but the flames then renewed, according to Israel’s Fire and Rescue Service. The hospital had evacuated its entire population late Sunday afternoon but they had been allowed to return on Monday morning.

As of Sunday night, the flames had consumed some 16,000 dunams (approx. 3,400 acres) of forest and brushland, while threatening nearby communities. Thousands of wildlife creatures – animals and insects – have already been killed and injured by the smoke and the flames.

On Monday, strong winds and high temperatures combined to make a bad situation even worse, contributing to the spread of the fire.

Israel’s Nature and Parks Authority said firefighters estimate the battle against the blaze may continue for a few more days.

During the day, Magen David Adom (MDA) emergency medical response teams have helped evacuate a number of nursing home residents from the area affected by the fires. The patients were taken to relatives’ homes and other facilities far from the affected areas.

More Communities on Standby to Evacuate
Additional communities faced evacuation on Monday as the wildfire continued to rage into Monday evening, adding more communities to the list of those being evacuated.

Officials with the Israel Fire and Rescue Service told reporters on Sunday it is believed the conflagration was caused by an arsonist.

Fire and Rescue Services personnel helped residents evacuate from Ora, Aminadav, Even Sapir, Kibbutz Tzuba, Ein Nakuba, Ein Rafa, Givat Ye’arim, Shoresh and the Sataf Nature Reserve as a thick cloud of charcoal-colored smoke continued to hang over the capital and its surrounds.

At least 10 firefighting planes were scrambled to soak Kibbutz Tzuba, with a number of firefighting ground forces also called to the area in hopes of preventing the flames from spreading to Mount Eitan, and ultimately threatening Jerusalem.

Hadassah Hospital Denies Evacuation Plan
A number of Israeli media said in reports that Israel Police ordered Jerusalem’s Hadassah Ein Kerem Medical Center to prepare for evacuation – but within minutes, the hospital issued a terse statement saying it “clarified unequivocally that the hospital is not evacuating patients, nor visitors.

“No such publication has been made by our institution,” said Hadassah spokesperson Hadar Elboim. “Security personnel and management officials are in constant contact with the Israel Police and Firefighting forces.”

The Israel Electric Company meanwhile reported that the blaze has caused extensive damage to infrastructure – destroying power lines and electric poles — in the area. IEC teams spent much of the day trying to restore power supply to the area. 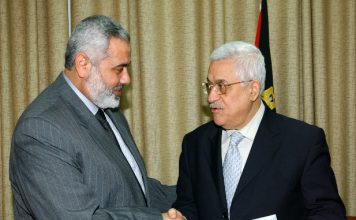 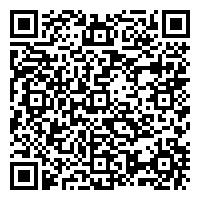