The IDF has confirmed that two rockets fired from Gaza landed in a Jerusalem area community, in the Jerusalem Hills.

No physical injuries were reported, but one house sustained a direct hit.


IDF Galei Tzahal Army Radio interviewed a 19-year-old member of the family, who described the experience.

“We were in the living room and we heard the siren and naturally went into our home bomb shelter (MaMaD),” he said.

“Just a few seconds later there was a very strong ‘boom’ but we didn’t know what it meant since we are not used to these kinds of things.”

The IDF Home Front Command ordered Monday night that all schools must close in communities within 40 kilometers (25 miles) of the Gaza border. 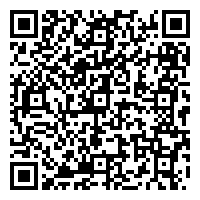