On Friday, Iran’s “Supreme Leader” Ayatollah Sayyid Ali Hosseini Khamenei tweeted an unexpected announcement that “the abolition of the Zionist regime means the Palestinian people, the true owners of the land, choose their own government and oust people like Netanyahu.”

Could this be the top mullah’s take on the rumors that the Joint Arab List was prepared to support Benny Gantz in a minority coalition government, thus ousting people like Netanyahu? Who knows. Khamenei elucidated further that “this is going to happen, like the Balkans, which became independent after 60 years, and the nation returned to their country.”

The abolition of the #ZionistRegime means the Palestinian people, the true owners of the land, choose their own govt and oust people like #Netanyahu.

This is going to happen, like the #Balkans, which became independent after 60 years, and the nation returned to their country.

Strange. But one can forgive the 80-year-old Khamenei a bit of demented tweeting. His country is burning, with thousands demonstrating in major cities in protest of rising fuel prices. In many districts his pictures and the pictures of his President Hassan Rouhani were either torn down or set ablaze.

According to the opposition group National Council of Resistance of Iran, on Saturday, different parts of Tehran were the scenes of extensive skirmishes between rebellious youths and the suppressive State Security Force, the IRGC, the Bassij, the Intelligence Ministry, and plainclothes agents, lasting well into the early hours of Sunday morning.

Terrified of the expansion of the uprising, the clerical regime completely cut off access to the Internet starting in late afternoon to prevent the protesters from contacting each other and blocking the spread of the news about the uprising outside the country. In addition, the regime cut off the Aval Hamrah and Irancell mobile networks to deny access to the Internet.

On Saturday, NetBlocks.org confirmed that “Iran is now in the midst of a near-total national internet shutdown; real-time network data show connectivity at 7% of ordinary levels after twelve hours of progressive network disconnection as public protests continue.”

Iran’s Intelligence Ministry said on Sunday that it would deal “strongly” with disruption of law and order by lawbreakers and that the Ministry will spare no efforts to fulfill its legal obligation to safeguard national security.

The Ministry said in a statement that major saboteurs of the public security in the past two days have been identified and proper measures are being taken. The statement referred to the riots that took place in protest against petrol price rise on Saturday. The Intelligence Ministry said in the statement that subsequently, the people will be informed about the measures taken, adding that for sure, the enemies of the people will once again be disappointed.

The National Council of Resistance of Iran reported that in some parts of Tehran, including Shahriar, south of the capital, the State Security Force and plainclothes agents were forced to flee when attacked by the young people. The Tehran-Shahriar highway was blocked.

Sadeqiyeh District, where the suppressive forces maintained a heavy presence at all junctions and alleys, was the scene of clashes between them and the young people, who had blocked the city’s main artery while chanting anti-regime slogans. The young people also torched Ghaleh Hassan Khan and Pardis city halls, a paramilitary Bassij base and a government-owned bank.

The young people also set fire to tires blocking all the highways connected Mohammad-Abad with Karaj as well as the main highway to Robat Karim. They also torched a State Security Force base in Vaeen region of Karaj.

In Islam-Abad, Kermanshah Province, extensive clashes erupted between the youths and the suppressive forces. In Gilan-e Gharb and Pol-Dokhtar anti-government protests were held.

In contrast, Netanyahu is still in charge. 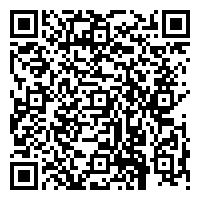