MK David Bitan (Likud) was hospitalized on Saturday night in the intensive care unit at Sheba Tel Hashomer Hospital in Ramat Gan, after contracting the coronavirus.

On Monday last week, Knesset Sergeant Yosef Griff announced that MK Bitan tested positive for the coronavirus. Bitan announced on the same day that a corona test had revealed that he had contracted the virus, but stated that he was suffering from only mild symptoms. Bitan was diagnosed five days after one of his aides had tested positive.

The Knesset issued a statement saying: “The Knesset continues to work to conduct an epidemiological examination and investigation together with the Health Ministry professionals.”

Bitan’s family said on Sunday morning that he had been treated at his home for the past few days and “at no point did he show any signs of distress.” But then, “following a certain decrease in his blood oxygen index, the family decided in consultation with a doctor to transfer him to the hospital for closer care.”

David Bitan was born in Kenitra, Morocco, and immigrated to Israel with his family at the age of five. During his national service in the Israel Defense Forces, he served as a combat medic. A member of Likud, he was elected to the Rishon LeZion City Council in 1988 and later became Deputy Mayor. He was elected to the Knesset in 2015 and was later appointed Deputy Speaker of the House. His appointment to Minister of Agriculture was withdrawn in early 2020 following an indictment for bribery, fraud, and breach of trust. 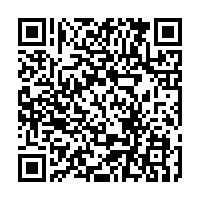