Speculation of an impending attack on Iranian nuclear facilities has increased, following the US acquisition of a huge bunker buster bomb six times the size the US Air Force currently employs.

The first shipment of Boeing’s “Massive Ordnance Penetrator”  – designed to fit the B-2 stealth bomber – arrived at Air Force Global Strike Command in September, according to Bloomberg News.


The 30,000 pound , 20.5 foot long mammoth will have significant impact, capable of reaching 200 feet underground before detonating 5,300 pounds of explosives. The US military currently uses a 5,000-pound bunker buster to attack nuclear, biological, and chemical sites underground.

The US military’s announcement of the procurement comes just days after the UN International Atomic Energy Agency (IAEA) released a report stating that Iran is enriching uranium for the purpose of creating atomic bombs.  That report came just as Iranian authorities announced that their uranium enrichment facility in Natanz will be transferred to a more secure location at Qom, 295 feet under rock.

The US has also closed a deal to provide the United Arab Emirates (UAE) with thousands of bunker busters, according to the Wall Street Journal.    The UAE is a strong trade partner of Iran, but has come out publicly against Iranian nuclear development.  The US alsorecently agreed on an plan to sell $60 billion in F-15s and munitions to Iran adversary Saudi Arabia.

In September, US President Barack Obama agreed to sell 55 GBU-28 Hard Target Penetrator bunker busters to Israel.  Israel originally requested the weapons from the Bush administration in 2005, but was denied.

In response to news of the recent explosion at a missile storage facility outside Tehran in which a senior Iranian Revolutionary Guards official and missile expert was killed, Israeli Defense Minister Ehud Barak stated “May there be more like it”.  Israel has been accused by Iranian officials of conducting a stealth attack which caused the explosion.  President Shimon Peres recently stated that an Israeli strike on Iran’s nuclear facilities is “more and more likely”. 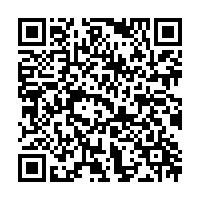